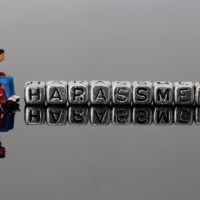 Having represented victims of disability discrimination for nearly twenty years, our Marion County, Florida employment discrimination lawyers have learned that many employers fail to protect disabled employees from harassment. In some instances, employers are unaware they are required by the Americas with Disabilities Act (ADA) to investigate and take remedial action when presented with allegations of disability harassment. Joining other federal courts of appeal that have considered the issue, the U.S. Second Circuit Court of Appeals in Fox v. Costco Wholesale Corp., No. 17-0936 (2d Cir. Mar. 6, 2019) ruled that disability harassment which is sufficiently severe or pervasive to alter the conditions of the victim’s employment and create a hostile work environment violates the ADA.

In that case, Christopher Fox (Fox) brought an employment discrimination lawsuit against his employer, Costco Wholesale Corporation (Costco), pursuant to the ADA. Fox claimed that he was harassed because of his disability in violation of the ADA. Fox suffered from Tourett’s Syndrome (Tourett’s) and Obsessive-Compulsive Disorder (OCD) since birth. Fox alleged that Costco employees abused him because of his Tourett’s and OCD.

Fox began working for Costco at its warehouse in Holbrook, New York in 1996. Fox worked as a greeter and assistant cashier. Fox maintained that the problems he experienced because of his disability began with a change in management at the Holbrook Costco in June 2012. At that time, the Holbrook Costco got a new General Manager and a new Assistant Manager. In 2013 and 2014, Fox was subjected to four reprimands by these managers. The final reprimand resulted in a three-day suspension and reassignment to assistant cashier “in lieu of termination.”

As part of Fox’s neurological condition, he would often touch the floor before moving and would cough when he would feel a verbal tic coming on in order to prevent others from hearing him swear. Fox testified that once he was transferred to assistant cashier, other Costco employees began ridiculing him for his Tourett’s and OCD. Fox claimed that certain Costco employees would make “hut-hut-hike” remarks to mock his verbal and physical tics. Fox testified that these comments “were audible to managers of the Holbrook warehouse” and “happened in plain view” of management, but nothing was ever done to prevent the harassment. Fox further testified that these types of comments happened for “months and months” and “whenever” he would experience tics. Fox also claimed that the Assistant Manager told him, “I cringe every time I walk by you.”

Because of the on-going harassment, Fox complained to the company’s CEO. In response to Fox’s complaint, Costco commenced an investigation. Fox alleged that despite his complaint, employees continued to abuse him because of his disability. In November 2014, Fox had a panic attack on the job and had to be escorted out of the building by EMT’s. Since that anxiety attack, Fox has been on indefinite medical leave.

In reversing the trial court’s decision, the Second Circuit determined that Fox had presented sufficient evidence to establish that he was subjected to “on going and pervasive discriminatory conduct.” The appellate court pointed out that the “hut-hut-hike” comments “went on for months and months” and, thus, pervaded Fox’s working environment. The court of appeals also observed that because Fox claimed that Costco’s management “witnessed” the “hut-hut-hike” comments for “months and months” and “did nothing,” there was a basis for holding Costco liable for the disability harassment. Thus, the Second Circuit concluded, Fox had presented sufficient evidence to establish that the disability-based abuse was sufficiently severe or pervasive to create a hostile work environment and, thus, was entitled to proceed to a jury trial.