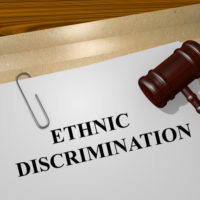 For years, courts have struggled with the question as to whether Hispanic constitutes a race for purposes of federal employment discrimination laws, including Title VII of the Civil Rights Act of 1964 (Title VII) and 42 U.S.C. § 1981 (section 1981). Title VII prohibits employers from discriminating against employees on the basis race, color, national origin, sex, and religion. These categories are referred to as “protected characteristics” or “protected classes.” Section 1981 forbids employers from discriminating against employees on the basis of race but not on the basis of national origin. As observed by the United States Second Circuit Court of Appeals in De la Cruz v. N.Y. City of Human Res. Admin. Dep’t of Soc. Servs., 82 F.3d 16 (2d Cir. 1996), although courts have customarily treated Hispanic as a protected class under Title VII, they have done so without explaining whether that protection is based on an employee’s race or national origin.

The Argument for Hispanic Racial Discrimination

In Barrella, Christopher Barrella (Barrella), a white Italian-American, claimed that he was not promoted to the position of chief of police in violation of Title VII and section 1981. Barrella was employed as a police officer by the Village of Freeport, New York (Freeport). When there was a vacancy for chief of police, Barrella and five other candidates took a promotional examination. Barrella received the highest score on the test. Nonetheless, Mayor Andrew Hardwick (Hardwick) elected to promote another candidate, Miquel Bermudez (Bermudez). Bermudez, who was born in Cuba and identifies himself as white, came in third on the promotional examination.

Barrella claimed that he was more qualified than Bermudez for the position of chief of police. Unlike Bermudez, who did not have a college degree, Barrella had a master’s degree in criminal justice and a law degree. Barrella also had more service time as a lieutenant than Bermudez. Moreover, Hardwick promoted Bermudez to chief of police without interviewing Barrella or reviewing his personnel file. Barrella claimed that he was not promoted to police chief because of his race (non-Hispanic white) and national origin (American). In support of his race discrimination claim, Barrella produced evidence that Hardwick considered Bermudez to be Hispanic and repeatedly identified Bermudez as Freeport’s “first Hispanic police chief.” Barrella also came forward with evidence showing that Bermudez described himself as “Hispanic.”

Employer Counter-Argues That Hispanic Is Not A Race

Court Does Not Treat Hispanicity As A National Origin