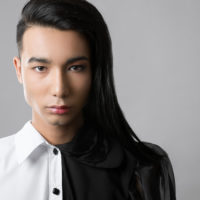 Title VII of the Civil Rights Act of 1964 (Title VII) protects employees from discrimination because of sex. In Price Waterhouse v. Hopkins, 490 U.S. 228 (1989), the U.S. Supreme Court held that unlawful sex discrimination under Title VII includes discrimination against employees for failure to conform to sex or gender stereotypes. As the Price Waterhouse Court explained, “we are beyond the day when an employer [can] evaluate employees by assuming or insisting that they match[ ] the stereotype associated with their group, for in forbidding employers to discriminate against individuals because of their sex, Congress intended to strike at the entire spectrum of disparate treatment of men and women resulting from sex stereotypes.” Since Price Waterhouse, courts have consistently recognized that an employee can satisfy Title VII’s because of sex requirement with evidence of his or her perceived failure to conform to traditional sex or gender stereotypes.

Until recently, as observed by the U.S District Court for the Western District of Texas in Eure v. Sage Corp., 61 F.Supp.3d 651 (W.D. Tex. 2014), “courts have been reluctant to extend the sex stereotyping theory to cover circumstances where the [employee] is discriminated against because of the [employee’s] status as a transgender man or woman[.]” In fact, as the decision by the U.S. Tenth Circuit Court of Appeals in Etsitty v. Utah Transit Auth., 502 F.3d 1215 (10th Cir. 2007) illustrates, courts customarily held that “discrimination against a transsexual because [he or] she is a transsexual is not discrimination because of sex.”

However, in EEOC v. R.G. & G.R. Harris Funeral Homes, No. 2018 WL 177669 (6th Cir. Mar. 7, 2018), the U.S. Sixth Circuit Court of Appeals became the first federal appellate court to squarely hold that “discrimination on the basis of transgender and transitioning status violates Title VII.” In support of its holding, the Sixth Circuit reasoned that “discrimination against transgender persons necessarily implicates Title VII’s proscriptions against sex stereotyping” because “a transgender person is someone who fails to act and/or identify with his or her gender.” Adopting the Sixth Circuit’s holding in Harris Funeral Homes, the U.S. District Court for the Southern District of Texas in Wittmer v. Phillips 66 Company, No. 17-2188 (S.D. Tex. April 4, 2018) also found that Title VII protects transgender individuals from discrimination based on their status as a transgender man or woman.

In that case, Nicole Wittmer (Wittmer), a transgender woman, claimed that Phillips 66 Company (Phillips) violated Title VII’s prohibition against sex discrimination by rescinding a job offer it had made because of her transgender status. Phillips maintained that the job offer was withdrawn because Wittmer misrepresented her employment status during interview at Phillips.

On May 31, 2015, Wittmer applied for a position as an Instrument and Reliability Engineer at Phillips. On August 3, 2015, Wittmer interviewed for the position. During the interview, Wittmer represented that she was presently employed by a company named Agrium. On August 10, 2015, Phillips offered Wittmer the position. However, the offer was conditioned on certain requirements, including satisfactory results of a background check. On August 14, 2015, Wittmer accepted the offer. Later that month, Phillips received a background check report which reflected that Wittmer was not currently employed with Agrium on August 3, 2015, the date of her interview with Phillips.

On September 8, 2015, Phillips decided to rescind Wittmer’s job offer because her employment with Agrium had already ceased at the time of her interview at Phillips. Two days later, Wittmer sent Phillips an email notifying the company of her transgender status. On September 14, 2015, Phillips formally notified Wittmer of the decision to rescind the job offer because she was not “forthright” about her employment status with Agrium. Wittmer claimed that Phillips rescinded her job offer based on her identity as a transgender woman which constituted a form of sex discrimination prohibited by Title VII.