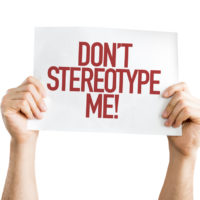 One way in which gay and lesbian employees may demonstrate that discrimination amounted to discrimination because of sex in violation of Title VII is by showing that they were punished for noncompliance with gender stereotypes. As the U.S. District Court for Oregon in Heller v. Columbia Edgewater Country Club, 195 F.Supp.2d 1212 (D. Or. 2002) observed, “[n]othing in Title VII suggests that Congress intended to confine the benefits of that statute to heterosexual employees only.” The recent decision by the U.S. Second Circuit Court of Appeals in Christiansen v. Omnicom Group, Inc., 852 F.3d 195 (2d Cir. 2017) is instructive in showing that Title VII claims based on gender stereotyping are not limited to heterosexual employees only.

In that case, Michael Christiansen (Christiansen) brought a Title VII lawsuit against his former employer, Omnicom Group, Inc. (Omnicom), claiming that he was subjected to discriminatory sex-based harassment because of his failure to conform to gender stereotypes. Christiansen, an openly gay man who is HIV-positive, worked as an advertising creative director at Omnicom.

Christiansen alleged that his supervisor engaged in an egregious pattern of harassing behavior targeting his effeminacy. The supervisor’s alleged harassment included displaying “sexually suggestive and explicit drawings” of Christiansen on an office whiteboard which mocked Christiansen for his perceived stereotypical feminine traits. One drawing depicted Christiansen in tights and a low-cut shirt “prancing around.” Another picture, which the supervisor circulated at work, depicted Christiansen’s head attached to a bikini-clad female body lying on the ground with her legs in the air. According to one employee, the picture was intended to portray Christiansen “as a submissive sissy.”

On appeal, the Second Circuit Court of Appeals reversed the trial court’s decision and reinstated Christiansen’s Title VII sex-based discriminatory harassment claim. The appellate court pointed out that Christiansen alleged “multiple instances” of gender stereotyping harassment, including his supervisor describing him as “effeminate” to others in the office, depicting him in tights and a low-cut shirt “prancing around,” and portraying him as having “stereotypically feminine traits” by depicting his head attached to a bikini-clad female body lying on the ground with her legs in the air. These allegations, the appellate court reasoned, were sufficient to establish that Christiansen was discriminatorily harassed because of his perceived effeminacy and noncompliance with gender stereotypes. Because Christiansen’s allegations were sufficient to establish that he was discriminatorily harassed for failure to conform to gender stereotypes, the Second Circuit concluded, Christiansen’s claim was a cognizable gender stereotyping claim under Title VII.