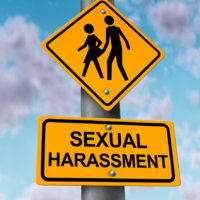 After years of harassing conduct directed at the female guards of a local federal lockup, a Florida judge has authorized a $20 million settlement to compensate the women for their nightmarish experience.

The female employees of the Coleman Federal Correction Complex in Florida filed a class-action complaint against the management of the facility for the years of harassment, rape threats, and lewd gestures directed at the women. The lawsuit asserted that management did nothing to dissuade this harassing conduct, making them liable for the abuse. According to the lawsuit filed by female guards, prison management instructed them not to file harassment reports after being terrorized by inmates. Additionally, the woman guards claim that, not only was nothing done to discipline the inmates who harassed female employees, but other guards even facilitated the harassment. Employees repeatedly witnessed inmates successfully negotiating with male guards to be placed in the vicinity of certain female guards.

Many women found the harassment so overwhelming that they would wear additional clothing over their uniform to obscure their bodies, despite the fact that temperatures regularly climbed above 100 degrees. One plaintiff reported, “You did not come inside the institution without wearing a jacket, or at least what we call a smock, and that’s because of the way that inmates treat you, the way management allows inmates to treat you.” Management encouraged women guards to cover up, but did not supply the smocks to the guards.

Not only were inmates permitted to harass the female staff at the facility to an aggressive degree, but male staff themselves made harassing comments to their woman counterparts. One supervisor allegedly told a female who complained about harassment, “Well look at you, I would look too if I was an inmate.” Yet another said, “If I was an inmate I would do the same thing.” Rather than attempt to limit the harassment, management told female employees that if they didn’t like the heat, they should get out of the kitchen. “Coleman is a male institution where women should not work,” said one lieutenant. Another was seen shredding sexual harassment reports filed by female employees.

The settlement marks one of the first incidents where an employer has been held liable for sexual harassment committed by a third party, rather than a supervisor or fellow employee. In addition to the financial settlement, the management of the Coleman Federal Correctional Complex have agreed to make substantial changes in how the facility operates in order to prevent these sorts of harassing incidents from occurring in the future. Facility management has expressed its intent to train staff members on sexual harassment issues and provide counseling and psychological screening to inmates at the facility to reduce the frequency of sexual assault, and they have even introduced a redesigned uniform for inmates that will limit the manner in which the inmates can harass others in the facility.