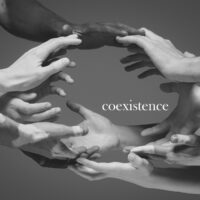 Protection Against Racism In Workplace

C & C is an electrical construction and maintenance company that provides support services for the power and utility industry. In May 2017, Carbin began working for C & C as a substation apprentice employee on a substation crew. In early 2018, according to the EEOC, Carbin began experiencing racially harassing behavior on a daily basis. One employee, Durston, allegedly subjected Carbin to racial slurs, refused to allow Carbin to use a communal pen until after the white employees, and used the phrase “white power.” The EEOC claims that in addition to subjecting Carbin to racial slurs, Durston also threatened Carbin with nooses. The EEOC alleges that Carbin complained to management about the racially abusive behavior, but was told to “stop complaining.” Despite Carbin’s complaint, the EEOC alleges, the racial harassment continued by a foreman named Simmons. The EEOC maintains that Simmons used racial slurs in front of Carbin and ridiculed Carbin’s gold teeth, telling Carbin that white people don’t have gold teeth and that Carbin shouldn’t smile.

Eventually, C & C sent most of Carbin’s crew to its Jacksonville, Florida headquarters location to attend crane school. A general foreman, however, told Carbin that he could not attend crane school because he would not let “you people”—which Carbin understood to mean African-American people—operate cranes because they would use the cranes to pick up cars off the road. At the beginning of the crane school, Carbin confronted the general foreman about not being allowed to attend. The general foreman again explained that he would not let “you people” operate cranes.

On August 22, 2018, Carbin went to a company truck when it started to rain. The EEOC contends that it was known that Carbin sat in the truck when there was no work for him to do. Carbin fell asleep in the truck. He was awoken sometime before noon by the general foreman knocking on the window of the truck. The general foreman told Carbin that he was fired for sleeping on the job. Although C & C fired Carbin for sleeping on the job, the EEOC maintains that C & C did not fire white employees when they took rest breaks or slept in cars.

The EEOC, which is an administrative agency of the federal government, is responsible for interpreting and enforcing the federal employment laws making discrimination, harassment, and retaliation unlawful employment practices. In seeking to fulfill its statutory mission of eliminating discriminatory employment practices, the EEOC files lawsuits in federal court on behalf of employment discrimination victims, including racial discrimination victims. In a press release issued by the EEOC on April 22, 2021 regarding the case, a regional attorney for the EEOC’s Miami District Office, Robert Weisberg, stated that the “EEOC will aggressively investigate and, if necessary, prosecute employers that allow unchecked racism in the workplace.” “That an African-American employee has to suffer these types of threats and humiliation in the workplace based on his race,” Mr. Weisberg observed, “over fifty-five years after passage of the Civil Rights Act of 1964, shows that there is still much work to be done.”