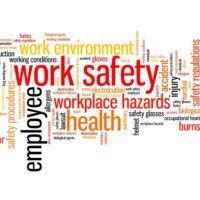 A group of terminated Florida employees has recently filed a lawsuit against their former employer, claiming that they were wrongfully terminated after complaining about the safety of their workplace. The lawsuit also includes claims of retaliation, racial discrimination, and failure to pay minimum wages.

The lawsuit was filed by six former workers at the Betty Griffin House, which both functions as a domestic violence shelter and operates two thrift stores. The group worked at the original Betty Griffin House Thrift Shoppe, located in the Anastasia Square Shopping Center in St. Augustine. This location was closed earlier in 2016, but not before the six employees who filed the current suit were allegedly wrongfully fired.

The employees claim in their suit that the conditions of the workspace in the Anastasia Square store were hazardous to the health of those who worked there. Trish Van Brocklin, one of the six plaintiffs in the lawsuit, stated to local news reporters, “We never had AC in the back room and it was always saturated, with the roof leaking and the black mold and the tiles were falling on us,” she said. “I actually took pictures of the black mold from my cellphone and sent them to HR.” According to Van Brocklin, management took no action in response to the complaints of dangerous conditions, which included the presence of fire hazards due to overstocking, poor lighting, inadequate removal of fiberglass insulation, and rat feces. Shortly after making a complaint regarding these unsafe conditions to management, Van Brocklin and a fellow worker who had also complained, Jeff McCoy, were terminated.

Within several weeks, the thrift store was visited by inspectors from the Occupational Safety and Health Administration (OSHA). During this visit, multiple workers complained about the unsafe conditions in the store to the inspector, and in front of management. OSHA imposed numerous fines as a result of this inspection. The employees whom management observed complaining were, according to the lawsuit, forced to endure “bullying and intimidation tactics” after that point, including being denied paid leave during an illness, and termination after making a Workers’ Compensation claim. Van Brocklin explained in an interview that she filed the lawsuit in order to stand up for employee rights. “I want people to matter. And we’re not disposable based on our standards.”

If you are a Florida resident and have been the subject of racial discrimination, retaliation, or harassment in the workplace, contact the seasoned and knowledgeable Ocala employee rights attorneys at James P. Tarquin, P.A. for a consultation, at 352-401-7671.