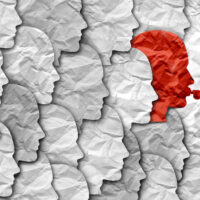 In this article, our Ocala, Florida whistleblower lawyers explain how the alleged facts in the recent decision by the U.S. District Court for the Middle District of Florida in Woronec & Collins v. Zachary Industrial, Inc., Case No. 8:18-cv-2244 (M.D. Fla. Feb. 12, 2021) illustrates the broad protection afforded to Florida employees who “blow the whistle” by reporting or refusing to participate in an employer’s alleged unlawful activities.

Zachary hired Woronec in 2014 when it acquired a contract with Tampa Electric Company (TECO) to perform maintenance and repair work at TECO’s electric power plant in Polk County, Florida. Woronec worked for Zachary at the Polk power plant. When he was laid off, Woronec’s job classification was “Lead Multicraft I,” indicting that he was proficient in more than one craft, such as welding and ironworking, and qualified to give direction to other craftspeople.

Woronec maintains that he continuously reported alleged safety violations to Zachary management and refused to participate in work activities that purportedly did not conform to OSHA safety regulations. In January 2015, Woronec asserts that he complained to management about claimed electrical safety issues on a demolition project. In July 2015, Woronec contends that he lodged an objection to management about alleged unsafe working conditions while he and another employee were using an overhead crane. On May 23, 2016, according to Woronec, he instructed other employees to stop working due to allegedly dangerous working conditions until a foreman could procure the necessary safety materials.

On June 3, 2016, less than two weeks after Woronec allegedly engaged in activity protected by the Florida Whistleblower Act, Zachary laid Woronec off. Documentation relating to the layoff, according to the trial court, indicated that the reason for the layoff was a “reduction in force,” but also indicated that Woronec had a poor attendance record and was not recommended for rehire.

Although Zachary initially claimed that Woronec was laid off due to productivity and attendance issues, the trial court pointed out that “there is no evidence that Woronec was ever written up or formally reprimanded or disciplined for general productivity or attendance issues.” In fact, the trial court observed, Woronec’s “layoff paperwork expressly stated that he had met expectations with regard to productivity.” The trial court concluded that all of this evidence, taken cumulatively, was sufficient to “indicate” that the proffered explanation for Woronec’s layoff was a pretext for retaliation against him for complaining about alleged safety issues at the Polk power plant.