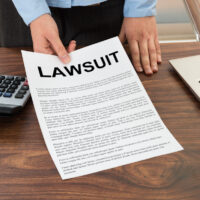 In a press release issued on April 27, 2020, the U.S. Equal Employment Opportunity Commission (EEOC) announced that it has entered into a Consent Decree to settle a retaliation lawsuit against Whataburger Restaurants, LLC (Whataburger). On July 22, 2017, the EEOC filed the case, United States Equal Employment Opportunity Commission v. Whataburger Restaurants, LLC, Case No. 4:17-cv-00428, in the U.S. District Court for the Northern District of Florida after initially seeking to obtain a pre-litigation resolution of the case through its legally required conciliation process. In the Consent Decree, which was signed by U.S. District Court Judge William Stafford on April 27, 2020, Whataburger agreed to pay $180,000 to resolve the retaliation lawsuit.

The EEOC brought the hostile work environment harassment lawsuit pursuant to Title VII of the Civil Rights Act of 1964 (Title VII) on behalf of a former employee of Whataburger, Vannessa Burrous (Burrous). Under Title VII, it is an unlawful employment practice for employers to discriminate against job applicants and employees on the basis of race. Title VII also protects employees from retaliation, including retaliatory harassment, when they complain about perceived racially motivated employment practices.
The EEOC alleges that Whataburger subjected Burrous to a pattern of retaliatory harassment, which ultimately forced her to quit, after she opposed and refused to participate in Whataburger’s racially discriminatory hiring practices. In this article, our Sumter County, Florida race discrimination lawyers explain the EEOC’s allegations against Whataburger.

Manager Instructed To Hire Only Whites

In April 2016, Risk began pressuring Burrous to hire white employees, including directing Burrous to review the names on applications, identify those names that sounded white, and to interview only those applicants. Burrous opposed and refused to participate in the racially discriminatory hiring directive to hire white—not African-American—job applicants. Instead, according to the EEOC, Burrous continued to hire the most qualified applicants for vacant positions, regardless of race or color.

In April 2015, Burrous conducted open interviews of job applicants who had applied online and hired eight crew members, seven of whom were black and one of whom was white. Burrous’ refusal to participate in the racially discriminatory hiring practices, according to the EEOC, “infuriated Risk and intensified her anger towards Burrous.” In fact, Risk repeatedly reprimanded Burrous for not obeying her racially discriminatory hiring directives.

In May 2015, Burrous complained to the Area Manager, Levin, that Risk had instructed her to hire white—not African-American—job applicants, and again expressed her opposition and refusal to follow that directive. A few days later, Levin met with Burrous and Risk. During the meeting, Levin angrily told Burrous that Risk was not solely responsible for the racially discriminatory hiring directive. Instead, Levin explained that she also gave the directive based upon pressure from “upper management.”

Levin told Burrous that Whataburger’s “customer based is white and we want the faces behind the counter to match the customer base.” Levin stated that she hoped the meeting would “put the fire out.” Levin also threated to use alleged past mistakes of Burrous—none of which had every resulted in disciplinary action—against Burrous if she persisted in exposing Whataburger’s racially discriminatory hiring practices.

Retaliation Due To Opposing Race Discrimination

The EEOC alleges that after Burrous’ refusal to participate in Whataburger’s racially discriminatory hiring practices, Risk “began subjecting Burrous to on-going retaliatory conduct designed to intimidate and upset Burrous and cause her to resign.” The alleged retaliatory behavior towards Burrous included verbal abuse, significantly increasing her workload, reprimanding her for other managers’ incomplete work, ordering her to work on scheduled days off without pay, and recruiting employees to write negative letters about her. The EEOC claims that the on-going pattern of retaliatory harassment created a hostile work environment which culminated in Burrous’ involuntary resignation.

The EEOC is the administrative agency of the United States responsible for interpreting and enforcing federal employment laws prohibiting discrimination, harassment, and retaliation. In enforcing the federal anti-discrimination laws, the EEOC is also authorized by federal law to bring lawsuits on behalf of employees who have been retaliated against for opposing unlawful employment practices. In a press release issued by the EEOC on April 27, 2020 regarding the case, the Director for the EEOC’s Miami District Office, Michael Farrell, explained that “employees must not be forced to make a choice between standing against illegal discrimination and being forced out of their job.” In commenting on the case, a regional attorney for the EEOC’s Miami District Office, Robert Weisberg, stated that “in this lawsuit, an employee risked her own livelihood to take a stand against race discrimination.”