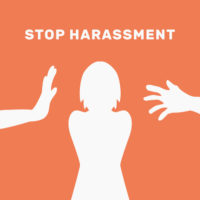 In that case, Terrence Huenefeld (Huenefeld) brought a same-sex sexual harassment claim against his former employer, National Beverage Corp. (National Beverage), under Title VII. Huenefeld was employed by National Beverage as a pilot. His duties included flying an airplane with the Chief Executive Officer (CEO) of National Beverage. The male CEO is also, like Huenefeld, licensed as a commercial pilot. The CEO used the airplane for both personal and business travel.

Huenefeld alleged that the CEO engaged in a pattern of unwanted sexually harassing behavior during their flights. Huenefeld asserted that the CEO subjected him to sexually oriented touching, including repeatedly grabbing, rubbing, and groping his leg in a sexual manner. Huenefeld further asserted that during the touching incidents the CEO made comments to him such as “just because you have a pair of balls, doesn’t mean you’re the man, I am the man,” and “there can only be one alpha male.” Huenefeld also claimed that he was required to send text messages to the CEO after each flight praising the CEO’s skills as a pilot.

The trial court explained that a sexual harassment victim could demonstrate that the harassment was based on his or her sex where a “substantial portion of the words and conduct” may be reasonably viewed as “gender-specific.” As the CEO’s alleged comments to Huenefeld were “gender-specific,” Huenefeld’s allegations established that he was “harassed in such sex-specific and derogatory terms as to make it clear that [the CEO] was motivated by general hostility to the presence of other men in the cockpit.” Consequently, the trial court found that Huenefeld’s allegations were sufficient to establish that, but for his sex, he would not have been subjected to the harassment.

Based in Ocala, Florida and representing employees throughout Central Florida, we have almost twenty years of experience fighting for employees who have been the victims of hostile work environment harassment in the workplace. If you have been the victim of same-sex sexual harassment, please contact our office for a free consultation with our Central Florida hostile work environment harassment attorneys. Our employee rights law firm takes sexual harassment cases on a contingency fee basis. This means that there are no attorney’s fees incurred unless there is a recovery and our attorney’s fees come solely from the monetary award that you recover.