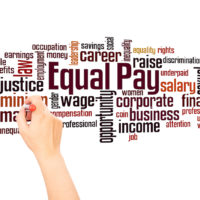 In 1989, the U.S. Supreme Court held in Price Waterhouse v. Hopkins that federal law does not permit a female employee to be discriminated against because her dress, appearance, or conduct does not conform to stereotypical ideas of femininity. In that case, the plaintiff, a female senior manager in an accounting firm, was denied partnership in the firm because, in part, she was considered “macho” and “a tough talking somewhat masculine hard-nosed manager.” She was informed that she could improve her chances for partnership if she were to take “a course at charm school,” “walk more femininely, talk more femininely, dress more femininely, wear make-up, have her hair styled, and wear jewelry.” A plurality of the Supreme Court concluded that such remarks manifested sex discrimination and found that federal law not only prohibits discrimination based on the fact that the employee was a woman, but also discrimination based on the fact that she failed “to act like a woman” and conform to stereotyped expectations of femininity. Thus, the Supreme Court determined that the plaintiff had an actionable claim under federal law because she was denied partnership for failure to conform to sex stereotypes regarding how a woman should look and behave.

We have extensive experience representing employees who have been discriminated against for failure to conform to sex stereotypes. If you have been subjected to sex discrimination or have any questions regarding sex discrimination in the workplace, please contact our office for a free consultation.