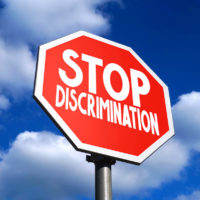 The federal Age Discrimination In Employment Act (ADEA) protects employees and job applicants from discrimination on the basis of age. Ageism is one of the most common forms of workplace discrimination, although it is often a difficult claim to prove. Refusal to hire an employee for being aged over 40, or discriminatory treatment of existing employees over 40, are grounds for suit under the ADEA.

Seasons 52, a Florida-based restaurant chain operating in 18 states, was accused of treating older applicants and existing employees on a discriminatory basis because of their age. Under federal law, to bring a claim of employment discrimination you typically must go through an administrative complaint process before filing a lawsuit. For claims of age discrimination, you need only give the Equal Employment Opportunity Commission (EEOC) at least 30 days’ notice that you plan to go to court. In this instance, the EEOC chose to prosecute the case against the restaurant chain and brought suit on behalf of applicants and employees nationwide aged over 40.

Over 135 applicants provided sworn testimony as part of the lawsuit, claiming that hiring managers either asked them their age or made age-related comments during the interviews. Applicants claimed interviewers made comments like “Seasons 52 girls are younger and fresh” and “Seasons 52 hires young people.” Per the EEOC’s original announcement of the lawsuit, interviewers told applicants they were “too experienced,” that the restaurant was looking for more “fresh” employees, and “wasn’t looking for old white guys.”

The EEOC also alleged that that when the restaurant chain did hire applicants over 40, they were paid significantly lower rates.

The EEOC recently released a statement announcing they had reached a settlement. The restaurant chain agreed to settle with the EEOC for $2.85 million, to be paid out to those who were discriminated against because of their age. The settlement also mandates changes to the chain’s recruitment and hiring process and requires the chain to hire a decree compliance monitor to ensure they do not discriminate in the future.

A complaint recently filed in Orange County accuses Walt Disney Parks and Resorts USA Inc. of age discrimination in violation of Florida law, claiming that a 61-year-old employee was denied a promotion to the position of security manager because of his age. The employee claimed a younger employee, 45 years old, was promoted over him, despite a lack of leadership experience.

The suit follows allegations earlier this year that Disney discriminated against a Moroccan man because of his nationality. The Orlando employee claimed that he was not allowed to pray during Ramadan, and that he found a noose at work.

Based in Ocala and representing employees throughout Central Florida, James P. Tarquin, P.A. has substantial experience representing employees who have been the victims of discrimination in the workplace. If you have been the victim of age discrimination or have questions about being treated differently than younger employees, please contact our office for a free consultation with our Citrus and Marion County age discrimination attorneys. Our employee rights law firm takes age discrimination cases on a contingency fee basis. This means that there are no attorney’s fees incurred unless there is a recovery, and our attorney’s fees come solely from the monetary award that you recover.