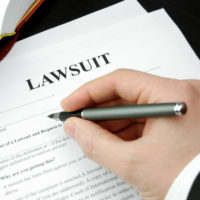 A central Florida staffing agency has recently settled a claim brought by the Equal Employment Opportunity Commission (EEOC). The lawsuit alleged that the company made illegal inquiries into the health and physical abilities of job applicants who had not yet received an offer of employment.

KB Staffing, the company targeted by the EEOC’s lawsuit, is based in Polk, Florida. The EEOC became aware of KB Staffing’s illegal practices when an applicant reported her experience in completing a job application to the EEOC. According to the applicant, KB Staffing required those who wished to be placed by the staffing agency to complete a paper application that included a detailed questionnaire on the applicant’s medical history and health. The questionnaire included a number of questions related to potential disabilities. When the applicant refused to complete the medical portion of the application, explaining that she believed it to be illegal, an employee of the staffing agency wrote that the woman “refused to answer.” She never received a call for an interview by the agency and was later told by the owner of the agency that there were no positions available.

The applicant filed a complaint of disability discrimination with the EEOC, which investigated the claim and ultimately filed suit. EEOC Regional Attorney Robert Weisberg explained that pre-hire inquiries into health can have a highly detrimental effect on applicants with disabilities. “Congress recognized that prohibiting pre-offer medical inquiries was necessary to prevent applicants from being subjected to harmful and unfounded stereotypes on the basis of an actual or perceived disability. As staffing agencies now play a large role in our nation’s workforce, eliminating any discrimination in their screening practices is increasingly important to ensuring that workers with disabilities have equal access to work opportunities.”

KB Staffing recently agreed to settle the EEOC’s lawsuit and will establish a fund for those who were damaged by its policy. According to the terms of the settlement agreement, KB Staffing will also be required to make proactive efforts to find and support disabled job candidates. For the next three years, the company will be obligated to specifically recruit applicants with disabilities. The company will also need to create and implement a policy on disability discrimination, as well as train their managers on the requirements under the Americans with Disabilities Act regarding disability discrimination and applicant and employee medical screenings and exams. If KB Staffing receives additional complaints that it has discriminated against individuals with disabilities, or they continue to make inquiries of job applicants that would violate disability discrimination laws, then they could be subjected to further disciplinary action by the EEOC.

If you work in Orlando, Gainesville, or Inverness and have been the victim of disability discrimination in the workplace, find out if you might be a good candidate to file a lawsuit based on this discrimination. From anywhere in Citrus, Orange, or Alachua County, contact the employment discrimination lawyers at James P. Tarquin, P.A. for a consultation, at 352-401-7671.