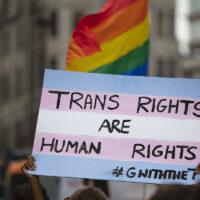 Having represented victims of gender and sex discrimination for more than twenty years, our Marion County, Florida sex discrimination lawyers know that when a landmark Supreme Court case sets a new standard, it is important to watch how the lower courts interpret the opinion. As we previously discussed, the Supreme Court of the United States recently found that Title VII of the Civil Rights Act of 1964 directly prohibits discrimination based on sexual orientation and gender identity. Federal courts around the country have begun to issue decisions reflecting the Supreme Court’s landmark opinion. A transgender student at a Florida school has faced an ongoing legal battle over whether students have the right to use the bathroom that aligns with their gender identity. In this article, our Ocala, Florida sex and gender discrimination attorneys discuss how the federal appellate court found in favor of the transgender teen by citing the Supreme Court’s recent opinion for support.

In Bostock v. Clayton County,the Supreme Court ruled that federal law prohibits workplace discrimination based on sexual identity and sexual orientation. The Court found that the term “sex discrimination” in Title VII explicitly includes discriminating against employees based on how they identify and whom they love when an employee who conformed to “traditional” gender roles would not be so punished. A recent Florida case extended that same reasoning to a different civil rights law known as Title IX that applies to schools.

The case of Adams v. School Board of St. Johns County, Fla. concerns a transgender teen and recent high school graduate. The teen was assessed as female when born, but today knows “with every fiber of [his] being” that he is a boy. Officials at his high school recognized him as a boy in all respects but one: He was not allowed to use the boys’ restroom. Being forced to use the girls’ restroom, or being limited to a gender-neutral single-stall bathroom, was “insulting,” “isolating,” “depressing,” and “humiliating.” He sued the school board under Title IX of the Education Amendments Act of 1972 and the Fourteenth Amendment to the U.S. Constitution.

The plaintiff won his case in the trial court in 2018, and the school board appealed. This last month, the U.S. Court of Appeals for the 11th Circuit upheld the decision in favor of the student. The 11th Circuit leaned heavily on the Supreme Court’s Bostock decision, stating that “Bostock has great import for [the plaintiff’s] Title IX claim.” Title IX has an “equally broad prohibition on sex discrimination” as Title VII. The “but-for” nature of the gender discrimination–the student would be allowed to use the boys’ bathroom if the school truly considered him a boy–is just like the workplace discrimination ruled illegal in Bostock. The appellate court rejected the school board’s arguments that “schools are a wildly different environment than the workplace” and education “is the province of local governmental officials.” Accordingly, “with Bostock‘sguidance,” the appeals court easily found “that Title IX, like Title VII, prohibits discrimination against a person because he is transgender, because this constitutes discrimination based on sex.”

While the case concerns education discrimination rather than workplace discrimination, it nevertheless signals a very important shift in federal court rulings concerning discrimination of all kinds. Even the relatively conservative 11th Circuit did not take the bait and try to limit the scope and impact of Bostock.Nor was the court persuaded that decisions made by local officials should be shielded from the impact of national laws. The case represents another step along the way towards gender equality and equality for LGBT+ individuals.