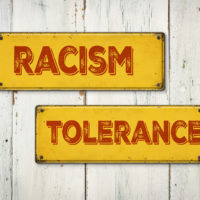 A Tallahassee woman recently filed a lawsuit based on discrimination she suffered while an employee at a Whole Foods grocery store. Learn more about the case below, and contact a seasoned Marion County employment discrimination attorney if you’ve been the victim of discrimination on the job in Florida.

Mother of newborn scheduled to work eight days in a row

Kissi Moore, an African-American woman, began working at the Tallahassee Whole Foods in December of 2014. In November of 2016, she went on maternity leave. By the time she returned from leave, the woman who had previously been her team leader had herself gone on maternity leave. A woman named Joni St. John had been selected to act as Moore’s team leader in her absence. Immediately upon returning from maternity leave, Moore was scheduled to work eight days in a row. Not only was this problematic for Moore, a single woman with a newborn child, this went against Whole Foods’ scheduling policy for all employees.

When Moore approached St. John to let her know how difficult it was to work so many days in a row when trying to care for a newborn, Moore claims that St. John replied, “welcome to my world.” In her lawsuit, Moore notes that, when her previous team leader (a white woman) returned from her own maternity leave, she was encouraged to ease back into a normal work schedule. Moore was also troubled to notice that it seemed African-American employees were being terminated at a disproportionate rate. Despite the fact that Moore had been evaluated by her team leader prior to going on maternity leave, St. John conducted a new employee evaluation of Moore which gave her a low rating that would prevent her from getting raises. Moore was told that other employees found her “mean and intimidating” and were “afraid of her.” She had never heard these complaints from her coworkers before.

Moore approached the store’s manager about her concerns over scheduling and what seemed like negative treatment of African-Americans in the store, but nothing happened. She then sent a letter and made phone calls to the store’s regional management to complain about how the store had responded to her pregnancy and how it was treating African-American employees. Ten days later, Moore was terminated. During the termination meeting, she claims that her store manager attempted to have Moore sign a blank discipline form, but she refused. When she later requested a copy of her personnel file, she found a discipline form that had been filled in and signed with a forged version of her signature. Moore has now filed a lawsuit in federal court based on racial and sex discrimination.

If you’ve been the victim of unfair treatment on the job in Florida as a result of your race, gender, or other protected characteristic, contact the knowledgeable Ocala employment discrimination lawyers at James P. Tarquin, P.A. for a free consultation in Ocala at 352-401-7671.