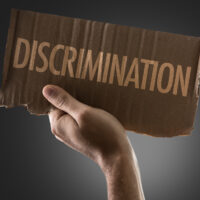 Having represented victims of hostile work environment harassment for more than two decades, our Sumter County, Florida harassment lawyers know that employees continue to be targeted for insult, ridicule, and abuse because of their national origin. Under Title VII of the Civil Rights Act of 1964 (Title VII), employees are protected from discrimination on the basis of national origin. In Espinoza v. Farah Manufacturing Company, Inc., 414 U.S. 86 (1973), the U.S. Supreme Court defined a national origin as the “country where a person was born, or, more broadly, the country from which his or her ancestors came.” National origin harassment is a form of national origin discrimination made an unlawful employment practice by Title VII. In this article, our Wildwood, Florida harassment attorneys explain how the recent decision by the U.S. Eleventh Circuit Court of Appeals in Fernandez v. Trees, Inc., Case No. 18-12239 (11th Cir. June 9, 2020) demonstrates that employees are protected from national origin harassment which is sufficiently severe or pervasive to alter the conditions of their employment and create a hostile work environment.

In that case, Alexis Soto Fernandez (Fernandez) brought an employment discrimination lawsuit against his former employer, Trees, Inc. (Trees), pursuant to Title VII. Fernandez, who is Cuban, contends that Trees violated Title VII by requiring him to work in a hostile environment because of his Cuban origin.

Trees is in the business of providing utility line clearance for utility companies. Fernandez worked for Trees from 2015 to 2016 as a crew foreperson. Fernandez was supervised by a man named Soto. About two months before Fernandez left his employment with Trees, Soto and another Cuban worker had a physical altercation. After this altercation, Soto began to make discriminatory remarks about Cubans to the workers he supervised, such as: “crying, whining Cubans” and “f***ing Cubans.” Soto also declared, “a new policy in the company, no more Cuban people.” Fernandez testified that this type of behavior continued on a near-daily basis, and all the workers on site heard it. Fernandez’s co-workers also testified that Soto repeatedly spoke disparagingly to Cuban workers on a near-daily basis.

Fernandez expressed displeasure with the comments at an employee meeting and asked Soto not to make general negative comments about Cubans, but instead to address any concerns with employees to those specific employees. Other workers also complained about Soto’s conduct. Despite the complaints by Fernandez and his co-workers, Soto’s behavior continued unabated. About two months after the initial altercation between Soto and another Cuban worker, Fernandez claims that his employment was terminated.

The Eleventh Circuit rejected the trial court’s determination that the harassment which Fernandez experienced was not sufficiently pervasive to create a hostile work environment. The appellate court pointed out that Fernandez testified that Soto made discriminatory remarks about Cubans on a “near-daily basis” for almost two months. The court of appeals also noted that Fernandez’s co-workers identified more than 10 specific examples of discriminatory remarks by Soto during the two-month period. “Even if these examples were the only discriminatory remarks Soto made during Fernandez’s final two months of employment,” the Eleventh Circuit observed, courts have determined that the “harassment was pervasive when it occurred at a lower level of frequency.”

The Eleventh Circuit also rejected the trial court’s determination that the harassment which Fernandez experienced was not sufficiently severe to create a hostile work environment. Echoing the reasoning of the trial court, Trees argued on appeal that the evidence “established at most that Fernandez was subjected to a few instances of off-handed comments.” The appellate court disagreed. The court of appeals explained that “Soto continually—often in vulgar terms—disparaged, ridiculed, and insulted all the employees [of Cuban origin] and persisted in doing so despite Fernandez’s and other Cuban employees’ complaints and specific requests that he stop.” Thus, the Eleventh Circuit explained, it had “no trouble concluding that the misconduct went far beyond the mere utterance of an epithet” and was sufficiently severe to alter the conditions of Fernandez’s employment.