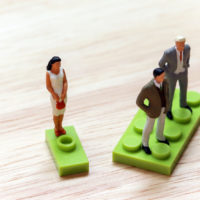 Workplace sexual harassment and gender discrimination can happen to women of all levels, ranging from an entry-level office worker all the way up to executive-level management. A recent lawsuit filed by a former vice president for a national corporation is an example of how harassment can exist even among senior management at an organization, and how women are beginning to assert their legal rights to challenge traditional corporate “old boys club” environments. Read on to learn more about these claims, and contact an experienced Florida employment sexual harassment attorney for assistance with similar claims.

The recent lawsuit was filed by Mabelle Meyaart, a former vice president in the West Palm Beach office of Travel Leaders Group. Meyaart was hired by the company in 2012 to create a hotel division for the organization. Despite allegedly increasing the hotel division’s earnings by 400% during her time with the organization, Meyaart claims that she was “passed over for promotions, demoted, underpaid, had bonuses reduced over time without justification, denied salary increases, [and] denied equal pay.” Meyaart alleges that promises of larger roles in the company, made in front of her colleagues, never materialized. Meyaart also describes a “warped corporate culture” that was fostered at Travel Leaders Group, one which resulted in her being propositioned for sex and otherwise sexually harassed by the president repeatedly throughout her tenure.

Claims of disparate treatment based on gender

Meyaart’s lawsuit offers several pieces of evidence showing that her treatment within the organization would have been different had she been a man. For example, the complaint cites incidents where men with less experience than Meyaart were hired to fill roles that came with higher salaries than Meyaart, but that she was never provided with a raise during the five years she was at the organization. The day before Meyaart was terminated, a man was hired to fill a senior vice president role in her division—a role that Meyaart claims to have been qualified to fill. The following day, she was terminated, allegedly because there were no available roles for her in the company. She claims that she was offered no opportunity to be considered for a different role at the organization, nor a chance to fight for her job. Meyaart filed her lawsuit against Travel Leaders Group and two executives at the company in federal court in West Palm Beach.

If you’ve been the victim of sexual harassment or gender discrimination in your Florida workplace, get help fighting for justice by contacting the determined and effective Marion County employment discrimination lawyers at James P. Tarquin, P.A. for a free consultation in Ocala at 352-401-7671.