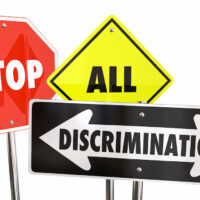 Having represented victims of hostile work environment harassment for more than two decades, our Alachua County, Florida hostile work environment harassment lawyers know that employees not born in the United States are often subjected to egregious harassment based on their national origin. In many national origin harassment cases, harassers insult, ridicule, and taunt employees not born in the United States based on their apparent belief that such employees should “go back to where you came from.”

The U.S. Equal Employment Opportunity Commission, which is the federal agency responsible for enforcing the federal anti-discrimination laws, has adopted the position that the phrase “go back to where you came from” is indicative of unlawful national origin discrimination. In this article, our Gainesville, Florida hostile work environment harassment attorneys explain how the decision by the U.S. District Court for the Southern District of New York in Muktadir v. Bevacco, Inc., 2013 WL 4095411 (S.D. N.Y. Aug. 13, 2013) demonstrates the broad protection afforded by the federal anti-discrimination laws to employees not born in the United States from insults, ridicule, and taunting based on their national origin.

Muktadir, who is of Bangladeshi descent, was employed by Bevacco as a food runner. Shortly after beginning his employment, Muktadir alleges that he was subjected to daily harassment by managers and co-workers because of his Bangladeshi descent. The discriminatory intimidation, ridicule, and insult included calling Muktadir a “Bangladeshi guy,” “Bangladeshi,” “smelly Bangladeshi bum,” “smelly bum from the jungle,” and “jungle whore.” They also sniffed him whenever he passed by, made retching noises, and asked aloud “how people will be able to eat when they smell this guy?” and “does he take a shower?” Muktadir also experienced physical harassment from a co-worker, who repeatedly hit him in the genitals, refusing to stop despite Muktadir’s protests.

Muktadir further claims that he specifically informed Bevacco’s managers that he is a practicing Muslim and could not consume pork or other items that had come into contact with pork. However, Bevacco refused to serve him employee meals conforming to his religious restrictions, and instead purposely provided him only with meals containing pork or meat that had been stored in pork. Muktadir also alleges that Bevacco’s managers refused his repeated requests to either cook his own food or consume non-Bevacco food obtained from outside the restaurant.

In denying Bevacco’s motion for dismissal, the trial court concluded that the “cumulative effect” of the comments and actions by the managers and co-workers was sufficiently severe or pervasive to alter the conditions of Muktadir’s employment and create a hostile work environment. In support of its conclusion, the trial court pointed out that Muktadir was subjected to “insulting remarks about his Bangladeshi descent [ ] on a daily basis by various Bevacco managers and co-workers.” The trial court also noted that “these insults were accompanied by offensive physical actions including sniffing him and commenting that he smelled so bad customers in the restaurant would be unable to eat.” The discriminatory harassment also included serving Muktadir “only pork-based foods” and prohibiting Muktadir “from preparing his own food or obtaining outside food.” Thus, the trial court explained, Muktadir was “required to choose between eating non-conforming foods or nothing at all.” From this evidence, the trial court determined, a jury could find that Muktadir was harassment based on his national origin in violation of Title VII.