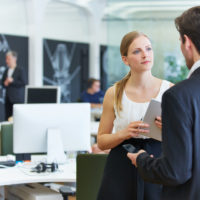 In Hutches v. Chicago Board of Education, 781 F.3d 366 (7th Cir. 2015), the U.S. Seventh Circuit Court of Appeals directly confronted and fatally undermined the honest belief rule. In that case, Joyce Hutchens (Hutchens), who is African-American, brought an action against her former employer, the Chicago Board of Education (the Board), claiming that she was selected for layoff because of her race in violation of Title VII of the Civil Rights Act of 1964 (Title VII).

A large-scale layoff in the Chicago public school system’s Professional Development Unit (the Unit), where Hutchens worked, required the Unit Director, Rivera, to decide whether to retain Hutchens or a white woman, Glowacki. Hutchens claimed that Glowacki was less qualified than she and that Rivera selected her for the layoff because she preferred whites to African-Americans. Rivera maintained that she recommended keeping Glowacki over Hutchens because she thought Glowacki was better at the job. Rivera also claimed that Hutchens was frequently tardy and fell asleep during a meeting. Rivera also discounted Hutchens’ overall teaching experience, some of which occurred at a “prison school” instead of a traditional public school.

Unlike the trial court, the Seventh Circuit was unwilling to decide the case based on whether the Board honestly believed the reasons given for selecting Hutchens for the layoff. Although the trial court simply accepted the Board’s assertion that it honestly believed that Glowacki was more qualified than Hutchens, the appellate court found that Hutchens’ credentials to be superior to Glowacki’s. In support of this finding, the court of appeals pointed to evidence that Hutchens had a “stronger resume,” had been employed in the Unit longer than Glowacki, had two masters degrees while Glowacki only had one, and was the recipient of a performance-based award. Although never considered by the trial court, the appellate court also found that Hutchens’ “prison school” teaching experience cemented her superior credentials, praising her for “toughness in teaching inmates in Cook County jail year after year.”

Although completely ignored by the trial court, the Seventh Circuit also pointed out that the Board produced no evidence of Hutchens’ alleged tardiness and falling asleep during a meeting other than Rivera’s hearsay testimony. Likewise, although it never mattered to the trial court, the court of appeals further noted that Hutchens was never subjected to any disciplinary action for allegedly falling asleep during a meeting. Indeed, the court of appeals harshly criticized the trial court for failing to consider “the surprising fact that the [Board] failed to submit a single document that might have corroborated any of the testimony of Rivera . . . testimony riddled with unreliable hearsay . . . that needed documentary backup.”

“A Tissue Of Lies”

Based on this evidence, the Seventh Circuit concluded that a jury could find that the Board’s proffered reasons for selecting Hutchens for the layoff were “a tissue of lies.” In other words, because the evidence called into question whether the Board was lying, the case was one for the jury to decide. In holding that the case must be resolved by a jury, the Seventh Circuit noted the irony in the trial court’s blind adherence to the honest belief rule: “the district judge himself, by emphasizing his belief that the [Board’s] witnesses had been ‘honest,’ implied correctly that if they were liars a reasonable jury could conclude that Hutchens’ race had been a decisive factor in the decision to prefer Glowacki over her.” In questioning honesty of the Board’s witnesses based on an objective rigorous analysis of the proffered reasons for the employment decision, the Seventh Circuit eviscerated the honest belief rule by refusing to do what courts do when they invoke the honest belief rule: blindly accept the employer’s assertion that it honestly believed the reason for the employment decision and that it made the employment decision in good faith without any discriminatory intent.

Based in Ocala, Florida and representing employees throughout Central Florida, we have almost twenty years of experience litigating employment law cases. If you have been the victim of employment discrimination or have questions about the honest belief rule, please contact our office for a free consultation with our Citrus County, Florida employment law attorneys. Our employee rights law firm takes employment law cases on a contingency fee basis. This means that there are no attorney’s fees incurred unless there is a recovery and our attorney’s fees come solely from the monetary award that you recover.