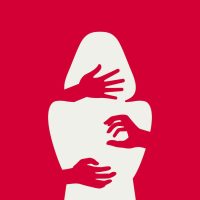 In that case, a woman named Bell brought an employment discrimination lawsuit against her former employer, SL Green Realty Corp. (SL Green), pursuant to Title VII of the Civil Rights Act of 1964 (Title VII). Under Title VII, employers are prohibited from discriminating against employees on the basis of race. Bell, who is Hispanic, claims that she was fired because of her race in violation of Title VII.

In March 2005, Bell began working at SL Green as a light duty cleaner. From September 2012 until her termination, Bell was supervised by a woman who held the title of Manager. Bell was also the Local 32BJ union representative. Between October 2013 and November 2015, Bell was issued seven employee warning notices and two suspensions without pay. The warnings and suspensions pertained to, among other things, Bell’s work performance, tardiness, and insubordination in the course of her disputes with the Manager surrounding the company’s uniform policy and cleaning protocol.

On one occasion, Bell’s co-worker had informed his supervisor that he was having health issues, possibly because of the cleaning products. When the co-worker was invited to discuss the matter with the Manager, Bell also attended the meeting in her capacity as the union representative. During that that meeting, the co-worker and Bell became argumentative and confrontational with the Manager. Following this event, Bell was suspended for encouraging the co-worker “to act with animosity towards his supervisor” and for “openly questioning her supervisor as to her qualifications and job responsibilities.” Based on the review of this incident, other witness statements, and Bell’s disciplinary history, SL Green fired Bell in November 2015.

Bell testified to various forms of discriminatory treatment by her direct supervisor, the Manager. She testified in her deposition that the Manager enforced the uniform policy openly against Hispanic employees and allowed white employees to clock-in without uniforms and take longer breaks. She also testified that the Manager made at least two racist comments. The Manager once directed Bell to kneel down on the floor to clean the legs of a chair and table, and when Bell asked why she had to kneel, the Manager said: “That’s what I have your people for, not mine.” On another occasion, the Manager stated at a luncheon in May 2013 that maintenance workers should not listen to Bell because “no Hispanics should be given attention to.” The Manager denies having made these remarks.

SL Green filed a motion with the trial court seeking dismissal of Bell’s discriminatory discharge claim. In moving for dismissal, SL Green argued that the evidence established Bell was terminated for legitimate, non-discriminatory reasons—she “failed to follow instructions, was excessively late, and displayed a blatant disregard for authority resulting in her being issued at least seven warning notices, [and] two suspensions without pay”—and not because of her race. The trial court denied SL Green’s motion for dismissal and ruled that Bell had presented sufficient evidence to establish that she was fired because of her race in violation of Title VII to proceed to a jury trial.