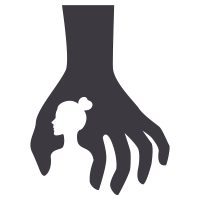 Atrium owns and operates the Hilton Stamford located in Connecticut. In June 2016, Atrium hired Pimentel as the Executive Chef for the Stamford Hilton. Pimentel alleges that, during his employment, two male supervisors sexually harassed him. Pimentel alleges that one supervisor, Sadutto, squeezed his nipples, pinched his buttocks, and called him “sweetheart” during work. In December 2017, Pimentel lodged a complaint regarding the alleged sexually harassing behavior by Sadutto. Following an investigation, Atrium terminated Sadutto and conducted mandatory anti-harassment training for all supervisors.

Sadutto was replaced by a man named Schwartz in July 2018. Pimentel alleges that Schwartz repeatedly pinched his nipples, repeatedly touched his buttocks, and, at a large media event, rubbed his body against Pimentel’s (from behind), squeezed his nipples, rubbed his belly, and said, “Let’s carve this little piggy” just before Pimentel was about to carve a roast pig. On August 3, 2018, Atrium terminated Pimentel’s employment.

Sexual Touching Is Not “Common Horseplay”

Atrium filed a motion with the trial court seeking dismissal of Pimentel’s hostile work environment claim. In support of its motion for dismissal, Atrium argued that the alleged harassment Pimentel experienced was not sufficiently severe or pervasive to alter the conditions of Pimentel’s employment and create a hostile work environment. In other words, Atrium argued that the alleged same-sex sexual harassment was nothing more than “common horseplay” and not conduct of a sexual nature in violation of Title VII. The trial court denied Atrium’s motion for dismissal and ruled that Pimentel’s allegations were sufficient to establish that he worked in a hostile environment in violation of Title VII.

In support of its ruling, the trial court focused the physical nature of the alleged same-sex sexual harassment. The trial court observed that Pimentel claims that he was subjected to repeated touching of his buttocks and pinching of his nipples. “The repeated touching of intimate body parts,” the trial court reasoned, “is by its nature severely intrusive and cannot properly be characterized as abuse that is minor.” The trial court further explained that repeatedly touching an employee’s intimate body parts would enable a reasonable jury to conclude that “a same-sex harasser’s misconduct was sexually motivated.” In other words, the trial court pointed out, the repeated touching of Pimentel’s intimate body parts was physical conduct of a sexual nature and evidence that the alleged harassers were motivated by sexual desire. As the alleged harassment involved conduct of a sexual nature and manifested sexual desire, the behavior was not merely “common horseplay.” Thus, the trial court concluded that a “reasonable jury could find that the conduct experienced by Pimentel—included repeated pinching of the buttocks and squeezing of the nipples—contributed to an objectively hostile or abusive work environment” in violation of Title VII.