How Employers Retaliate Against Sexual Harassment Complainants: By Investigating Them 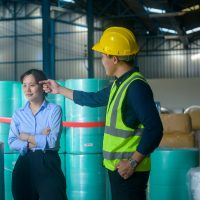 In this article, our Citrus County sexual harassment attorneys explain how the alleged facts in Harris v. Sam’s East, Inc., 2022 WL 1631963 (M.D. Ga. May 23, 2022) are illustrative of how employers launch retaliatory investigations against employees who complain about workplace sexual harassment.

In 2015, Harris began working for Sam’s at its store in Georgia. Beginning in September 2017, Harris claims that she was subjected to unwanted sexually harassing behavior from a co-worker, Otero. Having finally had enough, Harris complained in May 2019 to an Assistant Club Manager, Lee, about “sexual harassment in the workplace.” Harris complained that Otero had subjected her to sexual remarks and sexual propositions. Lee reported Harris’ complaint to the company’s Global Ethics division. Global Ethics launched an investigation into Harris’ complaint. Global Ethics eventually expanded its investigation’s scope to include allegations that Harris sexually harassed a co-worker, Skahan. Global Ethics never told Harris that she was being investigated for her alleged sexual harassment of an employee.

Based on its investigation, Global Ethics determined that Harris’ allegations regarding Otero’s sexual conduct could not be corroborated. However, Global Ethics determined that Harris made inappropriate comments of a sexual nature towards Skahan. Based on the findings of the investigation, the store’s manager, Torres, fired Harris. Harris claims that the real reason Sam’s terminated her employment was because she complained about sexual harassment in the workplace.

Sam’s filed a motion with the trial court seeking dismissal of Harris’ retaliatory termination claim. In seeking dismissal, Sam’s argued that Harris was fired because she sexually harassed another employee and not because she complained about sexual harassment. The trial court denied Sam’s motion for dismissal and ruled that “evidence exists from which a reasonable jury could conclude the [Sam’s] articulated reason for terminating Harris’ employment was pretextual and that she was in fact terminated because she complained of a sexually hostile work environment.”

In support of its holding, the trial court focused on Sam’s investigation of Harris following her sexual harassment complaint. The trial court observed that “prior to her complaints about a sexually hostile work environment, no one ever complained that Harris had sexually harassed anyone.” “In fact,” the trial court noted, “this finding of harassment on her part was discovered during the company’s investigation of her sexual harassment claims against the Company’s employees.” The trial court also observed that although Sam’s “discovered evidence that Harris may have made inappropriate comments regarding a male employee, Skahan, that evidence likely did not amount to unlawful sexual harassment.” Indeed, Skahan informed the company that her sexual comments never made him “uncomfortable.” Finally, the trial court pointed out that Sam’s “took no action” against Otero—who Harris “claims made far more serious and pervasive sexually harassing comments about her.”