How Employers Try To Defeat Retaliation Cases: The Significance Of When A Discharge Decision Was Made 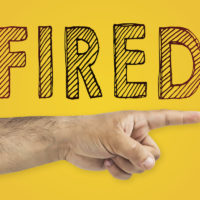 In that case, Michael Keiser (Keiser) brought a retaliation claim against his former employer, the Borough of Carlisle (the Borough), pursuant to Title VII of the Civil Rights Act of 1964 (Title VII). Keiser alleged that the Borough violated Title VII by firing him in retaliation for complaining about age discrimination against him in the workplace.

Keiser began working for the Borough in 1987, when he was hired as its Public Works Director and Borough Engineer. Keiser’s performance was rated as having met or exceeded expectations at all times with one exception, when he received some criticism in a December 2013 evaluation. Because of his performance record, Keiser was appointed as Interim Borough Manager from June 14, 2007 to February 2, 2008. The Borough Council asked him to accept a permanent appointment to Borough Manager, but Keiser declined because the believed that he could best serve the community as Public Works Director and Borough Engineer.

In July 2012, a man named Candland was hired as the Borough Manager. Keiser claimed that after Candland’s arrival, he was subjected to heightened scrutiny which he had not previously experienced. Keiser further claimed that Candland routinely made critical remarks that reflected age-based discriminatory animus against him as an older employee, referring to him as “outdated,” “old school,” “old fashioned,” and “antiquated.” Candland admitted that he used such terms to refer to Keiser and his work.

After Candland was hired, other Borough employees had concerns about their own job security and testified that it was common knowledge among Public Works employees that Candland would “rather start over with younger guys and have them, you know, be groomed the way he likes to see it instead of, you know, some of the older ways of thinking.” Employees testified that they worried about losing their jobs because of their advancing age. Keisder alleged that he informed Candland multiple times that he was offended by what he considered Candland’s ageist remarks. Keiser claimed that his complaints only served to intensify Candland’s scrutiny of his work, resulting in the unfavorable performance evaluation. Keiser maintained that the negative performance evaluation was part of Keiser’s plan to “replace maturing staff.”

No Plan To Terminate Employee

In the spring of 2014, shortly before he would be fired, Keiser contended that he had no suspicion that his job was in danger. Keiser had not been disciplined at any time during Candland’s two-year tenure as Borough Manager. On April 28, 2014, three days before Keiser was fired, the Borough Council held an Executive Session meeting. Two council members testified that there as no plan to terminate Keiser’s employment at that time. In fact, one council member, a woman named Cecconello, testified that Candland explicitly told the Council at that meeting that Keiser’s “job was not in jeopardy.”

In the morning on May 1, 2014, Candland held a meeting with Keiser. During the meeting, Candland discussed their disagreement about the direction of a public works project. During the remainder of the meeting, according to Keiser, Candland scrutinized his work and did so by using derogatory ageist remarks to describe him and his work. Candland concluded the meeting by telling Keiser to return to work.

Keiser claimed that he felt compelled to make a formal written age discrimination complaint due to Candland’s repeated use of discriminatory ageist remarks about him and his work. Before he returned to work, Keiser hand-delivered a complaint of age discrimination to Candland. Keiser testified that he made the formal written complaint because his efforts to address the problem with Candland had been met with further ageist remarks and abuse.

That afternoon, Candland approached Keiser and asked him to attend another meeting later that day. When Keiser showed up at the meeting, Candland informed him that he was fired, reading aloud the termination letter to Keiser. Candland admitted that he had at no point in time committed to writing his plan to fire Keiser prior to doing so. However, Candland claimed that his decision to fire Keiser was made in advance of Keiser’s written formal complaint because he decided “probably halfway through” his earlier meeting that day with Keiser to fire him.

Employer Claims Decision Made Before Complaint

The trial court denied the Borough’s motion for dismissal and ruled that Keiser had presented sufficient evidence of retaliation to proceed to a jury trial. The trial court explained that it could not “simply look past the fact that Candland fired Keiser hours after Keiser formally complained” about age discrimination. This close temporal proximity, the trial court pointed out, was sufficient to establish, standing alone, a causal connection between Keiser’s complaint and Keiser’s termination.

The trial court was also skeptical of Candland’s claim that he decided to fire Keiser before Keiser made his formal written discrimination complaint. The trial court noted that Candland produced “no documentary or other evidence that could substantiate his plan.” The trial court also observed that the evidence contradicted Candland’s assertion that there was a plan to fire Keiser before he complained as two members of the Borough Council testified that there no plan to terminate Keiser. Indeed, the trial court pointed out, Cecconello testified that Candland told her and others that Keiser’s “job was not in jeopardy.” Consequently, the trial court concluded that Borough could not sever the causal connection between Keiser’s formal written discrimination complaint and Keiser’s termination based on Candland’s assertion that he decided “probably halfway through” his earlier meeting that day with Keiser to fire him.

Based in Ocala, Florida and representing employees throughout Central Florida, we have extensive experience representing employees who had been retaliated against for complaining about discrimination in the workplace. If you have been a victim of retaliation or have questions about your protection from retaliation for exercising your employee rights, please contact our office for a free consultation with our Alachua County, Florida retaliation attorneys. Our employment and labor law attorneys take retaliation cases on a contingency fee basis. This means that there are no attorney’s fees incurred unless there is a recovery and our attorney’s fees come solely from the monetary award that you recover.