How Employers Try To Sweep Sexual Harassment Complaints Under The Rug 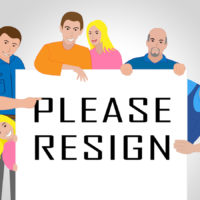 Employer’s Ultimatum To Victim: Resign Or Be Fired

In that case, Marla Montell (Montell) sued her former employer, Diversified Clinical Services, Inc. (DCS), for retaliation under Title VII of the Civil Rights Act of 1964 (Title VII). Montell claimed that DCS violated Title VII by forcing her to resign and thereby constructively discharging her in retaliation for complaining about sexual harassment.

During her employment, Montell “struggled with aspects of her job.” In November 2010, Day placed Montell on a Performance Improvement Plan. In April 2011, DCS issued Montell a Final Warning. The Final Warning notified Montell that failure to improve her performance could result in her termination. The Final Warning was amended on May 3, 2011 because of a complaint against Montell regarding the handling of reimbursements. Rather than having her employment terminated, Montell was given additional time to show improvement. The Amended Final Warning notified Montell that she was “operating on a 30 day action plan” and if her performance did not improve, “termination will be the next step.” There were no complaints regarding Montell’s performance between May 3, 2011 and May 23, 2011.

Montell testified that throughout her time working for him, Day would comment on her appearance at every opportunity. While she first took these comments as compliments, Day became more aggressive with the comments. For example, Day stated, “nothing turns me on more than a woman in a red dress and heels,” while Montell was wearing a red dress and heels. Day would often preface the comments about his sexual arousal with “don’t call HR on me” or “you can get me in trouble.” Montell testified that Day’s increasingly aggressive comments scared her. She would attempt to avoid Day when he would come to Frankfort Regional Medical Center.

On May 19, 2011, Montell reported Day’s sexual harassment of her to a human resources representative named Lee. Lee notified Day of the sexual harassment complaint almost immediately. On the following day, according to Montell, Day called her and told her to resign or else he would fire her. Day also called the hospital liaison at Frankfort Regional Medical Center and stated that Montell had resigned on May 20, 2011. The liaison asked Montell whether she had resigned as Day alleged, and Montell denied resigning. Montell then again called Lee to report Day’s ultimatum and requested that Day be reprimanded for retaliating against her for making a sexual harassment complaint. Feeling intimidated and threatened, Montell resigned on May 23, 2011.

The trial court dismissed Montell’s retaliation claim. On appeal, the U.S. Sixth Circuit Court of Appeals reversed the trial court’s decision and reinstated Montell’s retaliation claim. In finding that Montell had presented sufficient evidence to establish that DCS forced her to resign in retaliation for complaining about sexual harassment, the Sixth Circuit focused on two pieces of evidence. First, the appellate court pointed out that Day, “soon after finding out that Montell had lodged a sexual harassment complaint against him, called Montell and told her to resign or that she would be fired.” Second, the court of appeals observed, Day called the hospital liaison at Frankfort Regional Medical Center and “told the liaison that Montell had resigned before Montell had done so, thus undermining Montell’s ability to remain on the job.” From this evidence, the Sixth Circuit concluded, a reasonable jury could find that Day’s ultimatum to Montell and call to the hospital liaison were done for the purpose of forcing Montell’s resignation in retaliation for her sexual harassment complaint against Day.