Is A Deviation From Company Policy Evidence Of An Age-Based Discriminatory Discharge? 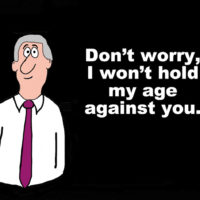 An employer’s failure to follow its own company policy when making adverse employment decision against an older employee can serve as circumstantial evidence of age discrimination. As explained by the U.S. District Court for the Northern District of Indiana in Graham v. Bendix Corp., 585 F.Supp. 1036 (N.D. Ind. 1984), when an employer acts contrary to its own company policy and treats an older employer more severely than younger employees, that is evidence that the employer’s stated reasons for the adverse employment action “are pretexual attempts to put an acceptable face on the practice of discrimination.” The recent decision by the U.S. District Court for Maine in Pennington v. Hannaford Bros. Co., LLC, 2018 WL 2746577 (D. Maine June 7, 2018) is instructive in showing that an employer’s deviation from company policy when taking an adverse employment action against an older employee can be used to establish a discriminatory discharge based on age.

In that case, W. Terrance Pennington (Pennington) brought an action against his former employer, Hannaford Bros. Co., LLC (Hannaford), claiming that he was discharged, in relevant part, because of his age in violation of the ADEA. Pennington had worked for Hannaford for over thirty years, most recently as the Produce Manager at Hannaford’s store in Maine. At the time of his termination, Pennington was 58 years told and suffered from heart disease, knee and back impairments, and a shoulder injury.

During his employment at Hannaford, Pennington took medical leave on the following occasions: after a heart attack in 1998; to recover from back surgery in 2001; for a knee or hip injury in 2012; and for a shoulder impingement syndrome and rotator cuff tear in 2015. After his return from leave for shoulder problems in 2015, Pennington continued to have pain in his shoulder and took another medical leave in 2016 to have surgery. When Pennington returned from the leave in March 2016, the Store Manager asked him “are you sure you can handle” an upcoming remodeling of the store where Pennington worked.

Although he never asked Pennington whether he knew that his actions violated the company’s standard practice, the Store Manager concluded that Pennington deserved immediate termination without progressive discipline because Pennington had admitted that he knew he was violating company standard practices. Significantly, although company policy required the obtaining of a written statement during disciplinary investigations, Hannaford never obtained a written statement from Pennington during the course of the investigation. Because of the failure to follow company policy, Pennington’s purported admission that he knew that he was violating company standard practices was not memorialized in writing.

In denying Hannaford’s motion for dismissal, the trial court focused on Hannaford’s failure to obtain a written statement from Pennington during the course of the investigation in violation of company policy. Hannaford’s “deviation from its established company practice,” the trial court found, was evidence that the proffered explanation for Pennington’s dismissal was a pretext for age discrimination. The trial court also focused on the Store Manager’s question to Pennington about whether he was sure that he could “handle” the store remodeling. The trial court found that “[a] reasonable factfinder could reasonably interpret [the Store Manager’s] question as suggesting his concern about Pennington’s ability to perform his job because of his age and medical condition.” Consequently, the trial court concluded that Pennington had produced sufficient evidence for a jury to find that Hannaford’s proffered reason for the termination was a pretext for age discrimination.