Is A Vague Reason For Firing An Employee Evidence Of A Wrongful Termination? 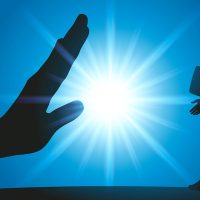 Reason Must Be Clear & Specific

In the employment discrimination context, employers are required to provide an explanation for their conduct by articulating a legitimate, non-discriminatory reason for the challenged employment decision. As observed by the court in Figueroa v. Pompeo,  923 F.3d 1078 (D.C. Cir. 2019), the “purpose” of requiring an employer to articulate a legitimate, non-discriminatory reason for the challenged employment decision is to provide the employee “with a full and fair opportunity to attack the explanation as pretextual.” Thus, as determined by the court in Mandell v. County of Suffolk, 316 F.3d 368, 381 (2d Cir. 2003), “an employer’s explanation of its legitimate non-discriminatory reasons must be clear and specific.” As the Figueroa court pointed out, an employee “cannot be expected to disprove an [employer’s] reasons unless they have been articulated with some specificity.”

In Perry, a physician named Perry brought a wrongful termination lawsuit against his former employer, Pediatric Inpatient Critical Care Services, P.A. (PICCS), pursuant to Title VII of the Civil Rights Act of 1964 (Title VII). Under Title VII, employers are forbidden from discriminating against employees on the basis of race. Perry, who is African-American, claims that he was terminated from his position as a pediatric intensivist at North Central Baptist Hospital (the Hospital) by PICCS in early 2017 because of his race in violation of Title VII.

In March 2017, Perry entered into a contract to provide medical services on behalf of PICCS. The contract could be terminated by either PICCS or Perry without cause at any time after the expiration of the first twelve months following the commencement date upon 90-days prior written notice or a shorter period mutually agreed upon by the parties. In turn, PICCS had an agreement with the Hospital to furnish physicians for full-time coverage to the Hospital’s pediatric intensive care unit (PICU).

In January 2017, PICCS and the Hospital made the decision to terminate Perry’s contract. In an email, the Hospital’s Chief Medical Officer explained that she, along with the other PICCS directors, “reached the decision to tell Dr. Perry that he was being terminated without cause . . . which minimizes both of our liability.” The articulated reason for Perry’s termination was “concerns about [Perry’s] behavior” that could jeopardize “patient care or safety.” Following his termination, Perry continued to work at the Hospital for about six weeks when his privileges lapsed after he failed to renew his malpractice insurance. PICCS replaced Perry with a white, Hispanic physician.

Vague Reason Does Not Suffice

PICCS filed a motion with the trial court seeking dismissal of Perry’s race discrimination claim. In moving for dismissal, the PICCS argued that the evidence established that Perry was fired for legitimate, non-discriminatory reasons and not because of his race. The trial court denied PICCS’s motion for dismissal and ruled that Perry’s evidence was sufficient for a reasonable jury to conclude that he was terminated because of his race in violation of federal employment discrimination law.

In denying PICCS’s motion for dismissal, the trial court focused on the proffered explanation for Perry’s termination. The trial court found that the reason articulated for firing Perry—“concerns about [his] behavior” that could jeopardize “patient care or safety”—was “too vague a reason to allow a realistic opportunity to show that the reason is not pretextual.” The trial court explained that “such an explanation would not have sufficed” in landmark employment discrimination decisions by the U.S. Supreme Court and “it does not suffice here.” Moreover, the trial court reasoned, “medical employers cannot shield their employment decisions from scrutiny by waiving the magic words ‘patient care and safety’ and demanding that the Court—and subsequently, a jury—take them at their word.”

The trial court also found that “aside from the lack of specificity, there are several reasons to doubt [PICCS’s] proffered reasons for [Perry’s] termination. The trial court observed that PICCS’s “patient safety explanation is not even internally consistent” because if Perry “posed a threat to patient care and safety it seems unlikely that the best way to ‘minimize liability’ for both [the Hospital] and PICCS would be to allow an allegedly dangerous physician to continue treating PICU patients for 90 more days.” Likewise, the trial court pointed out, terminating Perry “without cause” while claiming that Perry was fired because “he could jeopardize patient care and safety” was not internally consistent. “These inconsistent explanations for [Perry’s] termination,” the trial court reasoned, “are sufficient to allow a reasonable jury to conclude that they are pretextual.”