Is An Employer’s Failure To Comply With Its Own Anti-Discrimination Policy Evidence Of National Origin Discrimination? 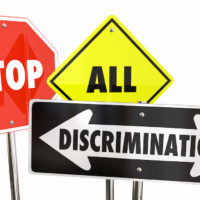 Under Title VII of the Civil Rights Act of 1964 (Title VII), employees are protected from discrimination on the basis of national origin and race. In Espinoza v. Farah Manufacturing Company., Inc., 414 U.S. 86 (1973), the U.S. Supreme Court defined a national origin as the “country where a person was born, or, more broadly, the country from which his or her ancestors came.” This means that employees are protected against national origin discrimination because of where they were born or from where their ancestors came.

In that case, Irene Apo-Owusu (Apo-Owusu) claimed that her former employer, the University of Colorado Hospital Authority (Hospital), terminated her on the basis of national origin and race in violation of Title VII. Apo-Owusu, who was born in Ghana and immigrated to the United States in 2000, began working for the Hospital as a CNA in 2008.

Based in Ocala, Florida and representing employees throughout Central Florida, we have extensive experience representing employees who have been unlawfully fired on the basis of national origin. If you have been the victim of workplace discrimination or have questions about any employer’s failure to acknowledge or investigate your discrimination complaint, please contact our office for a free consultation with our Marion County, Florida national origin discrimination lawyers. Our employee rights law firm takes national origin discrimination cases on a contingency fee basis. This means that there are no attorney’s fees incurred unless there is a recovery and our attorney’s fees come solely from the monetary award that you recover.