Is An Employer’s Violation Of Its Own Promotion Policies Evidence Of A Discriminatory Failure To Promote? 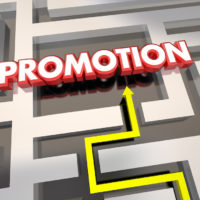 Federal employment discrimination laws make it an unlawful employment practice for an employer to fail or refuse to promote an employee on the basis of race, color, religion, sex, pregnancy, national origin, age, or disability. Having extensive experience representing employees discriminatorily denied promotion, our Citrus County, Florida employment discrimination attorneys have learned that employers often violate their own policies in the promotion process. In doing so, employers frequently promote an employee who was unqualified by their own criteria over an employee who was so qualified or otherwise disadvantage an employee qualified for promotion. The decision by the U.S. District Court for the District of Columbia in Allison v. Washington Metro. Area Transit Auth., 2018 WL 466648 (D. D.C. Jan. 18, 2018) illustrates that evidence showing that an employer bent or broke its own rules in the promotion process can be used to establish the employer’s discriminatory motive in failing to promote the employee claiming a discriminatory failure to promote.

In that case, Jerry Allison (Allison), an African-American man, brought a discriminatory failure to promote claim against his former employer, Washington Metropolitan Area Transit Authority (WMATA). Allison asserted that WMATA failed to promote him to the position of Warehouse Manager because of his race in violation of Title VII of the Civil Rights Act of 1964 (Title VII).

Allison claimed that the incoming Director of Storerooms and Material Logistics, a white woman named Wasiak, was motivated by racial bias when she made the decision to select a white employee named St. John for the Warehouse Manger position instead of him. In support of his race discrimination claim, Allison maintained that he was more qualified for the position than St. John. Allison pointed out that although St. John had extensive experience in logistics and a bachelor’s degree, he had extensive experience in the specific field of warehouse management for transit authorities, including serving as WMATA’s acting Warehouse Manager. Allison further contended that Wasiak’s failure to follow WMATA’s policies in the promotion process was evidence of her discriminatory motive.

In denying WMATA’s motion for dismissal, the trial court found that a jury could find that Allison was denied promotion on the basis of his race “from the optics of the hiring process.” The trial court pointed out that the two African-American members of the hiring panel prepared and signed Allison’s selection letter for the Warehouse Manager position, while the panel’s only white member did not sign Allison’s selection letter even though Allison was then the highest-raking interviewee. Instead of selecting Allison for the Warehouse Manager position at that point in time, Wasiak waited until one of the African-American members of the hiring panel retired, whereupon she became the hiring manager and opened the interview process to outside candidates. After interviewing these candidates with a two-member panel, in violation of WMATA’s policy which required consistent panels, Wasiak ultimately selected St. John for the position. Along with evidence showing that Wasiak violated WMATA’s own policy in the promotion process, the trial court also found Allison’s discriminatory failure to promote claim was supported by evidence that another WMATA had filed race, religion, age, and national origin discrimination claims against Wasiak.