Is Disciplining A Woman More Harshly Than A Man Evidence Of Gender Discrimination? 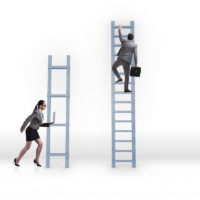 In that case, Debra Redlin (Redlin) brought an employment discrimination lawsuit against her employer, the Grosse Pointe Public School System (the GPPSS), pursuant to Title VII of the Civil Rights Act of 1964 (Title VII). Redlin claimed that she was transferred from a high school to a middle school resulting in a lower rate of pay and given a negative performance evaluation because of her gender in violation of Title VII.

In September 2012, Redlin was hired as an Assistant Principal at Grosse Pointe South High School (GPSHS). In 2014, the Deputy Superintendent of the GPPSS, a man named Dean, informed another Assistant Principal at GPSHS, a man named Flint, that he planned to conduct a spot-check on a social worker suspected of being intoxicated at work. Dean told Flint not to warn the social worker in advance of the spot-check. However, Flint disobeyed the order and warned the social worker. Dean found out that Flint had done so, but Flint denied it when Dean confronted him. Later, Flint confessed and a letter of concern was placed in his personnel file.

In December 2014, Flint made some remarks to Redlin about his evaluation of a GPSHS employee who held the title of media specialist. Redlin took the remarks to mean that Flint was “trying to nail” the media specialist in his evaluation. Redlin told the media specialist to “keep an eye on her evaluation.” The media specialist discussed the matter with the Principal of GPSHS, a man named Hamka. Redlin was told that she would be disciplined for telling a staff member about an ongoing review by another administrator. Redlin then met with Dean about the incident. Dean agreed to hold Redlin’s discipline in abeyance since she was applying for positions in other school districts. Dean also threatened to place a letter of suspension in Redlin’s personnel file.

In March 2015, Redlin heard a rumor that Hamka and another teacher at GPSHS had been in Hamka’s office together after school hours. Redlin discussed the rumor with Flint. Flint confirmed that he and others were aware of the rumor. After finding out that Redlin and Flint were both aware of the rumor, but had not come forward about it, Dean told them that they had acted inappropriately.

At her end-year evaluation, Redlin received a “minimally effective” rating for the 2014-2015 school year. By contrast, Flint received an “effective” rating. Redlin was given a negative evaluation due to her conduct in warning the media specialist about Flint’s evaluation and inappropriately handling the rumor regarding Hamka and the teacher. As a result of this negative review, Redlin received only a one-year contract instead of a two-year rolling contract.

In June 2015, the Superintendent of the GPPSS, a man named Niehaus, decided to transfer Redlin to a middle school, in material part, because of her warning to the media specialist about Flint’s evaluation. At some point in the summer of 2015, Dean asked Redlin to resign. Redlin refused. At the middle school to which she was transferred, Redlin was paid at the lower rate for middle school assistant principals for two years.

In reversing the trial court, the Sixth Circuit pointed out that Flint’s behavior was arguably worse than Redlin’s. Unlike Redlin, Flint not only disobeyed Dean’s direct order when he tipped off a co-worker, Flint also lied to Dean about what he had done. “This is at minimum two occasions of behaving unethically,” the appellate court found, and Flint “behaved unethically a third time in not reporting the situation with [the teacher] and Hamka.” “By contrast,” the court of appeals noted, Redlin “disobeyed no direct order and admitted warning [the media specialist] about Flint when confronted.” Thus, the appellate court determined that the GPPSS’s explanation that Redlin “behaved unethically” on “at least three different” occasions, whereas Flint did so only “once,” was “one that a jury could reasonably reject.”

Although Flint engaged in “similar,” if not worse, behavior than Redlin, the Sixth Circuit pointed out that Flint was not punished as severely as Redlin. Redlin received a “minimally effective” review, while Flint received an “effective review.” Redlin was asked to resign and transferred. Flint was never asked to resign or transferred. Because Redlin’s punishment was unreasonably harsh as compared to Flint’s punishment for similar, if not worse, behavior, the Sixth Circuit determined that a jury could reasonably find that the “difference in treatment” was motivated by “gender discrimination.”

Based in Ocala, Florida and representing employees throughout Central Florida, we have extensive experience litigating gender discrimination cases in federal and state court. If you have questions about gender discrimination or about being treated less favorably than an employee of the opposite sex, please contact our office for a free consultation with our Marion County, Florida discrimination attorneys. Our employee rights law firm takes discrimination cases on a contingency fee basis. This means that there are no attorney’s fees incurred unless there is a recovery and our attorney’s fees come solely from the monetary award that you recover.