Is Failure To Protect Sexual Harassment Victims Justified Because It’s A “He Said/She Said” Situation? 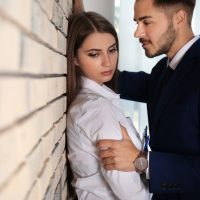 The EEOC brought the sexual harassment lawsuit under Title VII of the Civil Rights Act of 1964 (Title VII) on behalf of two former employees of Mediacom, Crystal Vinson (Vinson) and Breanna Caldwell (Caldwell). Title VII makes sexual harassment an unlawful employment practice. In its landmark decision in Meritor Savings Bank v. Vinson, 477 U.S. 57 (1986), the U.S. Supreme Court held that sexual harassment that is sufficiently severe or pervasive to alter the conditions of the victim’s employment and create a hostile working environment violates Title VII. In support of its decision, the Meritor Court reasoned that employees are not required to run a “gauntlet of sexual abuse in return for the privilege of being allowed to work and make a living.”

In May 2016, Vinson began working for Mediacom as a customer service representative at its office in Valdosta, Georgia. In September 2016, according to the EEOC, a supervisor began subjecting Vinson to unwanted sexually harassing behavior, including touching her and making comments about how she should dress. Later that month, the supervisor escalated his harassment by exposing himself to Vinson. The following week, Vinson complained to the Human Resources Director about the unwanted sexual behavior. The Human Resources Director told Vinson that no action would be taken against the supervisor because it was a “he said/she said” situation. Consequently, the supervisor continued to harass Vinson, including touching her breasts in January 2017. Vinson complained against in March 2017, but no action was taken. On July 17, 2017, Vinson resigned from her job because of the ongoing sexual harassment and Mediacom’s failure to remedy the situation.

In October 2016, Caldwell started working for Mediacom as a customer service representative at its office in Valdosta, Georgia. The EEOC contends that Caldwell was sexually harassed by the same supervisor who harassed Vinson. The EEOC alleges that the supervisor’s sexual behavior towards Caldwell included staring at her, following her around the workplace, and following her to her car after work. In March 2017, Caldwell complained to a supervisor about the unwanted sexual conduct. The supervisor told Caldwell that other women had complained about the supervisor and she would report the behavior to Human Resources.

Despite her complaint, according to the EEOC, the supervisor’s harassment of Caldwell continued unabated. Because of the ongoing harassment, Caldwell resigned on April 10, 2017. Shortly after she resigned, Caldwell told a Human Resources Manager that she did not feel safe because of the supervisor’s sexual behavior. The Human Resources Manager asked Caldwell to return to work and assured her that an investigation would be conducted. Caldwell agreed to return to work. On April 17, 2017, however, the supervisor was waiting for Caldwell at her car when she got off from work.

The EEOC is the administrative agency of the federal government responsible for interpreting and enforcing federal employment discrimination law. In order to deter employers from engaging in unlawful employment practices and to protect employee rights, the EEOC brings lawsuits in federal court on behalf of employment discrimination victims, including employees who have been required to work in a sexually hostile environment.

In a press release issued by the EEOC on July 22, 2021, regarding the case, a regional attorney for the EEOC’s Atlanta District Office, Marcus G. Keegan, explained that “after receiving multiple complaints, the company knew this harassment was occurring and failed to protect its employees as required by law.” In further commenting on the case, the Director of the EEOC’s Atlanta District Office, Darrell Graham, stated that the “EEOC is committed to seeking relief for workers who are harmed by employers who fail to protect employees from known sexual harassment and who discriminate on the basis of sex.”