Is Firing An Employee For Failing To Do Something That Was Not Her Job To Do Evidence Of Retaliation? 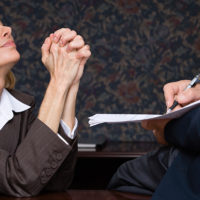 Having represented victims of employment retaliation for almost twenty years, our Alachua County, Florida retaliation attorneys have learned that employers often look for a reason to terminate employees who have complained about perceived discrimination or harassment in the workplace, such as using a paper trail to justify termination. As observed by the Florida Second District Court of Appeal in Hornfisher v. Manatee County Sheriff’s office, 136 So.3d 703 (Fla. 2d DCA 2014), “[i]t is not difficult for an employer wishing to discharge an employee for [complaining about discrimination or harassment] to find another plausible reason or reasons to justify its decision.

In that case, Mary Kelly (Kelly) claimed that Covenant Homes, Inc. (Covenant) violated Title VII of the Civil Rights Act of 1964 by firing her in retaliation for having complained about sexual harassment. Kelly was employed by Covenant, which is a senior living community, as a sales representative. Kelly alleged that she was sexually harassed by a sales consultant to Covenant named Kane. As a sales consultant, Kane managed Kelly and other sales representatives. Kane’s alleged sexual behavior towards Kelly included hugging her, touching her buttocks, touching her back and hair, and kissing her on the neck.

In June 2014, Kelly complained to the Sales Director about Kane’s unwanted sexual behavior. That same month, Covenant investigated Kelly’s complaint. After the investigation was completed, Covenant changed Kane’s role so that he would no longer be coming to the facility where Kelly worked and would no longer be responsible for managing Kelly. However, Covenant did not remove Kane from his role as a consultant for the company. Kelly also claimed that the Sales Director told her that Kane was continuing to listen to her recorded calls with sales prospects. Kelly alleged that she learned from the Sales Director that Kane was providing “false and negative” feedback about her performance on these calls.

Employee Fired For Not Doing Someone Else’s Job

In the summer of 2014, Kelly began working with a sales prospect named Fran. In January 2015, Fran submitted a financial application in order to establish her financial qualifications to afford a residence at Covenant. Fran’s financial application listed a house in Lebanon valued at $300,000. Kelly testified that she did not have any responsibility for ensuring that the financial information an applicant provided was accurate. According to Kelly, this role fell to the Sales Director. In January 2015, Covenant learned that Fran’s ownership interest in the house was only $100,000. Covenant claimed that Kelly used poor judgment in neglecting to question Fran about the value of her ownership interest in the house and failing to come forward with any troubling information that she learned about Fran’s finances. Later that month, Covenant fired Kelly due to her alleged mishandling of Fran’s application.

In denying Covenant’s motion for dismissal, the trial court focused on the proffered explanation for Kelly’s termination—her alleged failure to disclose information that she possessed about Fran’s financial condition. The trial court questioned whether Covenant “may have legitimately believed that [Kelly] negligently omitted this information” because of the “disputed evidence of whose job it was to independently verify the financial information on the application before submission—[Kelly’s] job or someone else’s job.” “This factual dispute was material,” the trial court explained, “because if it was not [Kelly’s] job to check this financial information, then her having been terminated for allegedly failing to perform this task that she had not been assigned could be found false and pretextual.” Because Kelly had produced evidence that she was fired for not doing something that was not her job to do, the trial court concluded that a “reasonable jury could find” that Covenant fired Kelly in retaliation for her having complained about sexual harassment.

Based in Ocala, Florida and representing employees throughout Central Florida, for almost twenty years we have been dedicated to vindicating the rights of employees who have been retaliated against for complaining about discrimination or harassment in the workplace. If you have been the victim of retaliation or have questions about your protection from retaliation, please contact our office for a free consultation with our Alachua County, Florida retaliation attorneys. Our employee rights law firm takes retaliation cases on a contingency fee basis. This means that there are no attorney’s fees incurred unless there is a recovery and our attorney’s fees come solely from the monetary award that you recover.