Is It Unlawful For An Employer To Retaliate Against An Employee’s Family Member? 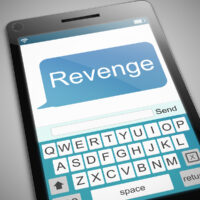 In a press release issued on July 26, 2021, the EEOC announced that it has entered into a Consent Decree resolving sex discrimination and retaliation lawsuit against NDI Office Furniture, LLC (NDI). On September 28, 2018, the EEOC filed the lawsuit, U.S. E.E.O.C. v. NDI Office Furniture, LLC, Case No. 2:18-cv-1592, in the U.S. District Court for the District of Northern Alabama. In the Consent Decree, which was endorsed by U.S. District Court Judge R. David Proctor on July 23, 2021, NDI agreed to pay $150,000 to resolve the sex discrimination and retaliation lawsuit.

In response, Alicia immediately complained to the General Manager that not hiring women was discriminatory. Before leaving the warehouse, Alicia also called NDI’s corporate headquarters to complain about its discriminatory policy. On September 7, 2015, Alicia leaned through her son that NDI had hired a man to fill the customer service position. On September 11, 2015, NDI fired Arceneaux. The EEOC maintains that NDI fired Arceneaux in retaliation for his mother’s sex discrimination complaint. Because Arceneaux is a family member of Alicia and was employed by NDI, the EEOC maintains that Title VII protects Arceneaux from retaliation because of his mother’s sex discrimination complaint.

The EEOC is the administrative agency of the federal government charged with interpreting and enforcing federal employment discrimination law. In order to protect employee rights, the EEOC brings lawsuits on behalf of employment discrimination victims. In a press release issued by the EEOC on July 26, 2021 regarding the case, a regional attorney for the EEOC’s Birmingham District Office, Marsha Rucker, stated that “this case serves as a reminder of Title VII’s prohibition against third-party retaliation.” “Title VII’s protections against retaliation,” Ms. Rucker explained, “extend to third-party friends or family members of a party who filed a workplace discrimination complaint.” In commenting on the case, the Director of the EEOC’s Birmingham District Office, Bradley Anderson, observed that “employers should make employment decisions based on an applicant’s ability instead of outdated gender stereotypes.”