Is It Unlawful To Fire Employees On The Basis Of Perceived Sexual Orientation? 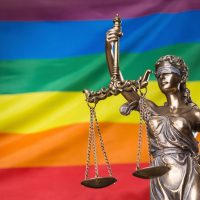 In Small, a man named Small brought an employment discrimination lawsuit against his former employer, the New York City Department of Education (DOE), pursuant to Title VII. Small claims that the DOE fired him based on his perceived sexual orientation in violation of Title VII. In this lawsuit, Small never alleged that he is not heterosexual.

Small taught fourth grade. Small alleges that school administrators and other teachers perceived him as gay because he displays feminine qualities in the classroom and does not have a deep voice. Other teachers told Small that his sexuality was often discussed by teachers and administrators in the teacher’s lounge.

Starting in October 2019, Small claims that he was subjected to remarks reflecting anti-gay animus by a student in Small’s class. More than once, Small’s other students reported to him that the student, A.B., made discriminatory comments about Small based on his perceived sexual orientation. In January 22, 2020, A.B. allegedly threated Small by stating that “he would slap the gay out of [him].” Small reported this threat to the school’s principal, Paul, who allegedly did nothing to remedy the student’s behavior. Instead, Paul pulled Small into her office and told Small that he “was a problem.”

In January or February 2020, two parents of students informed Small that Paul was inquiring about him and that “she did like [him] because [he is] gay.” Around this time, A.B. allegedly hurled a homophobic racial slur at Small. Small reported this to Paul, who did not take any disciplinary action against the student.

On February 28, 2020, Paul placed Small on a teacher improvement plan. On April 20, 2020, Small’s employment was terminated. He was replaced by two teachers who, he alleges, are not perceived as gay because they are women who have children and are married to men.

Based in Ocala, Florida and representing workers throughout Florida, our LGBT rights attorneys in Marion County, Florida have dedicated their practice to vindicating the rights of employment discrimination victims. If you have been discriminated against on the basis of sexual orientation or have questions about your rights as a sexual orientation discrimination victim, please contact our office for a free consultation with our LGBT lawyers in Marion County, Florida. Our employee rights law firm takes sexual orientation discrimination cases on a contingency fee basis. This means that there are no attorney’s fees incurred unless there is a recovery and our attorney’s fees come solely from the monetary award that you recover.