Is Preselection Of A Younger Candidate Evidence Of Age Discrimination In Promotion Process? 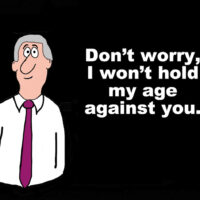 In that case, David Vargas (Vargas) brought an age discrimination claim against his former employer, the Food and Drug Administration (FDA), pursuant to the Age Discrimination in Employment Act (ADEA). Vargas, who was born in 1970, claims that the FDA violated the ADEA by failing to promote him because of his age.

In 2015, two of the three managers of the Chicago Field Office retired. The SAIC of the Chicago Field Office, McCormack, non-competitively placed a Special Agent, Malham, into the ASAIC position at the Chicago Field Office in an acting capacity for roughly two weeks in February 2016. Malham is seven years younger than Vargas. The FDA’s Merit Promotion Plan requires temporary positions of more than 120-days to be filled through a competitive process. As such, OCI Headquarters sent an email to all agents to determine if anyone would be interested in a temporary detail to the ASAIC position. Vargas and Malham both applied for the position. In February 2016, an interview panel, which included McCormack, conducted interviews for the temporary position. The interview panel selected Malham for the acting ASAIC detail. Prior to this interview, McCormack and another FDA employee met with Malham to coach him “on how to respond to interview questions and how to prepare for the application process.” Malham served as acting ASAIC from March 2016 until June 2016.

OCI accepted applications for the permanent ASAIC position in May 2016. From these applications, three candidates were selected, including Vargas and Malham. In June 2016, four FDA employees, including McCormack, interviewed the three candidates. Each interview lasted 15 minutes and consisted of six questions. The four interviewers selected Malham for promotion to the permanent ASAIC position. As part of an EEO investigation conducted in November 2016, the four interviewers, including McCormack, explained that they selected Malham based on the strength of his interview. In fact, the “four interviewers were in unanimous agreement that Malham was the best candidate because he was able to article OCI investigative priorities and how to implement those priorities” during his interview.

The FCA filed a motion with the trial court seeking dismissal of Vargas’ age discrimination claim. In doing so, the FDA argued that Vargas’ evidence was insufficient to establish that he was denied promotion to the ASAIC position because of his age. The trial court denied the FDA’s motion for dismissal and ruled that Vargas was entitled to proceed before a jury on the issue of whether the FDA failed to promote him because of his age in violation of the ADA.

The trial court also pointed out that the interview panel for the acting ASAIC position stressed that Malham’s answers during the interview were superior because he could articulate the agency’s priorities and explain how he could lead a team obtaining those priorities. The trial court believed that “a jury could infer that Malham’s interview performance was improved based on the time he spent as acting ASAIC and/or the coaching he received for the February 2016 interview—including from one of the interviewers, McCormack.” “In fact,” the trial court reasoned, “it is not out of the question that prior to that interview Malham was fed the very answers that the interviewers found most compelling.” Finally, the trial court explained that only allowing Malham to gain experience by temporarily filling the ASAIC position, standing“alone[,] renders the panel selection process tainted.”