Is Prohibiting An Employee From Speaking Spanish Evidence Of National Origin Discrimination? 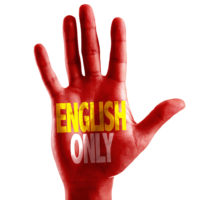 Having represented victims of national origin discrimination for almost twenty years, our Citrus County, Florida employment discrimination attorneys have learned that employers often promulgate speak-English-only rules. In doing so, employers claim that speak-English-only rules are necessary because of business necessity or safety concerns. However, as observed by the U.S. District Court for the Northern District of Illinois in EEOC v. Synchro-Start, Inc., 29 F.Supp.2d 911 (N.D. Ill. 1999), speak-English-only rules may “create an atmosphere of inferiority, isolation, and intimidation based on national origin which could result in a discriminatory working environment.” Thus, as determined by the U.S. District Court for the Northern District of Texas in EEOC v. Premier Operating Services, Inc., 113 F.Supp.2d 1066 (N.D. Tex. 2000), “[a] blanket policy or practice prohibiting the speaking of a language other than English on an employee’s premises, at all times, except when speaking to a non-English speaking customer, violates Title VII’s prohibition against discrimination based on national origin.”

Echoing the reasoning of the Synchro-Start court, the decision by the U.S. District Court for the Northern District of Texas in Garcia v. Garland Ind. School District, 2013 WL 5299264 (N.D. Tex. 2013) is instructive in showing that prohibiting an employee from speaking Spanish, along with mocking an employee’s Spanish accent and mispronunciation of English words, is evidence of a hostile working environment based on national origin. In that case, Maria Garcia (Garcia), who is Hispanic, brought a Title VII action against her former employer, Garland Independent School District (Garland), claiming that she was subjected to hostile work environment harassment based on her national origin.

Garcia worked as a cook at Garland’s Lakeview High School. Garcia’s hostile work environment claim was based on allegations of harassment by several co-workers and her supervisor, Anderson. Garcia alleged that she was subjected to daily harassment that was directly related to her national origin, including laughing at her Spanish accent and mispronunciation of English words, prohibiting her from speaking Spanish in the school cafeteria, and calling her a “crybaby” and “dumb” when she became upset or complained about the harassment. Garcia further alleged that she was physically confronted by co-workers and forced to say certain English words for their amusement.

Following the issuance of a memorandum directing Garland employees not to limit the use of any language, Garcia claimed that Anderson held a meeting to advise the Spanish speaking employees that they could speak Spanish only during lunchtime, but not in “her kitchen,” and that they needed to respect her and “her rule.” Garcia alleged that as a result of Anderson’s policy, she was afraid to speak at work—for fear of termination—and that she felt ashamed of her national origin, her Spanish accent, and the fact that she could not speak English fluently.

Prohibiting Use Of Spanish At All Times Violates Title VII

Garland filed a motion with the trial court seeking dismissal of Garcia’s national origin hostile work environment harassment claim. In doing so, Garland argued that Garcia could not establish that the jokes about mispronunciation of English words, name calling, or prohibition against speaking Spanish were motivated by discriminatory animus based on her national origin. Garland further argued that the prohibition against speaking Spanish in the school cafeteria was justified by safety concerns. The trial court denied Garland’s motion and ruled that Garcia was entitled to bring her national origin hostile work environment harassment claim before a jury.

The trial court found that Garcia had presented sufficient evidence that the alleged harassment was based on her national origin and that the alleged harassment was sufficiently severe or pervasive to create a hostile work environment. The trial court also rejected Garland’s assertion that the prohibition against speaking Spanish in the kitchen was justified by safety concerns because Anderson “prohibited the use of Spanish in the kitchen at all times” and, thus, “effectively instituted a ‘blanket policy’ prohibiting the use of Spanish without regard to safety issues.” “A blanket policy or practice prohibiting the use of a language other than English on an employer’s premises at all times,” the trial court explained, “violates Title VII’s prohibition against discrimination based on national origin.”

Based in Ocala, Florida and representing employees throughout Central Florida, we are dedicated to representing employees who have been subjected to discrimination at work. If you have been the victim of employment discrimination or have questions abut speak-English-only rules at work, please contact our office for a free consultation with out Citrus County, Florida discrimination attorneys. Our employee rights law firm takes discrimination cases on a contingency fee basis. This means that there are no attorney’s fees incurred unless there is a recovery and our attorney’s fees come solely from the monetary award that you recover.