Is Replacing A Fired Older Employee With A Younger Worker Evidence Of Age Discrimination? 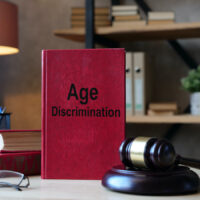 In the age discrimination context, one form of circumstantial evidence used to prove that an employee’s age played an impermissible role in a termination decision is the age of the replacement. When an employer replaces the discharged older worker with an individual who is substantially younger, the age of the replacement constitutes circumstantial evidence of an age-based discriminatory discharge decision. In this article, our Citrus County, Florida lawyers for age discrimination victims explain how the recent decision by the U.S. Third Circuit Court of Appeals in Martinez v. UPMC Susquehanna, Case No. 19-2866 (3d Cir. Jan. 13, 2021) illustrates that an employer’s decision to replace a terminated older worker with a significantly younger individual is an important piece of evidence in proving that the older employee was fired because of his or her age.

Martinez is a board certified orthopedic surgeon with four decades of experience. In 2016, a hospital hired Martinez on a three-year contract as its only orthopedic surgeon. In 2017, UPMC bought and took over the hospital. UPMC representatives told Martinez that they would continue his contract. They also discussed acquiring new equipment and hiring an x-ray technician to help him and other doctors.

But just a month later, UPMC’s chief operating officer and its executive director of the musculoskeletal division fired Martinez. Their only explanation was that the hospital was “moving in a different direction and [Martinez’s] services were no longer needed.” Both executives told Martinez that his firing “had nothing to do with [his] performance.” Indeed, when Martinez was fired, his surgery schedule was booked up for several months. Martinez was then seventy years old.

Soon after firing him, UPMC hired two doctors. One doctor, Hunter, took over at least some of Martinez’s duties. In addition, UPMC posted an opening for an orthopedic surgeon. Martinez applied three times for this spot, but never got a response. Instead, UPMC hired a doctor named Jarvis. Both Hunter and Jarvis were, according to Martinez, “significantly younger,” “less qualified,” and “less experienced” than Martinez.

In reversing the trial court, the Third Circuit also determined that Martinez had alleged enough facts to state a prima facie case of age discrimination. The court of appeals explained that Martinez “says he is over forty, he is qualified for the job,” and “he was fired and not rehired.” Martinez further alleges, the appellate court noted, that “his replacements were not only significantly younger, but also less qualified and experienced.” “These factual allegations of age differences,” the court of appeals determined, “are enough.” The court of appeals also pointed out that Martinez “adds suspicious details, like the hospital’s earlier assurances that it would keep Martinez on and its executives’ statements that his firing was not based on his performance.” Taken cumulatively, the Third Circuit concluded, Martinez’s allegations of fact were sufficient to plausibly establish that he was fired because of his age in violation of the ADEA.