Is Replacing An Older Worker With A Younger, Lower Paid Employee To Save Money Age Discrimination? 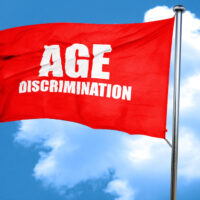 Having represented age discrimination victims for more than twenty years, our Lake County, Florida age discrimination lawyers know that employers frequently terminate older workers and replace them with younger, lower paid employees in order to reduce costs. In doing so, employers invariably argue that they are permitted to replace older workers with younger, lower salaried employees because the employment decision is motivated y salary savings and not discriminatory age-based animus. In this article, our Leesburg, Florida age discrimination attorneys explain how the decision by the U.S. Seventh Circuit Court of Appeals in Metz v. Transit Mix, Inc., 828F.2d 1202 (7th Cir. 1983) illustrates that the Age Discrimination in Employment Act (ADEA) forbids employers from replacing higher paid older employees with lower paid younger employees in order to save money.

Fired Because Of Age

In that case, Wayne Metz (Metz) brought an age discrimination lawsuit against his former employer, Transit Mix, Inc. (Transit Mix), pursuant to the ADEA. Under the ADEA, employees are protected from discrimination on the basis of their age. Metz was discharged by Transit Mix when he was fifty-four after twenty-seven years of employment with the company. Metz alleges that he was fired because of his age in violation of the ADEA.

Transit Mix is in the business of selling concrete to construction contractors. Metz worked for Transit Mix as the manager of its plant in Knox, Indiana. In November 1983, the president of Transit Mix notified Metz that due to poor sales, the Knox plant would be closed for the winter starting in December and Metz would be laid off. At the time of his layoff, Metz had an annual salary of $26,000 or about $15.75 per hour. When the plaint reopened, Transit Mix did not recall Metz from the layoff. Instead, Metz was replaced as manager of the Knox plant by a forty-three year old man. The replacement’s salary as manager was about $8.05 per hour.

Following a bench trial, the trial court determined that Metz was not fired because of his age in violation of the ADEA and entered a judgment for Transit Mix. The trial court found that although the determining factor in Transit Mix’s decision to replace Metz with a younger employee was a desire to save the higher cost of Metz’s salary, this was not age discrimination in violation of the ADEA because “it was based on an assessment of the cost of employment of an individual employee, namely Metz, rather than an impermissible assessment of employer Transit Mix’s older employees as a group.” In other words, the trial court determined that because Transit Mix’s decision was motivated by a desire to save costs with respect to employing a single older worker, and not employing a group of older workers, its justificaiton was a legitimate, non-discriminatory reason for replacing Metz. “The sole issue on appeal,” the Seventh Circuit explained, was “whether the salary savings that can be realized by replacing a single employee in the ADEA age-protected range with a younger, lower-salaried employee constitutes a permissible, non-discriminatory justification for the replacement.”

In resolving this issue, the Seventh Circuit turned to the purpose of the ADEA. The appellate court observed that “Congress enacted the ADEA in response to the problems that the older worker face in the job market, including the obstacles that the long-term employee encounters when he or she is suddenly out of work.” “While the older employee’s higher salary reflects the value of improved skills and the increased productivity that results,” the court of appeals noted, “it is also indicative of one of the very problems the ADEA was enacted to address: the likelihood that the employee will be less employable in other settings.”

Cost-Cutting Does Not Justify Age Discrimination

Recognizing that the higher salary of older workers heightens their vulnerability with respect to present employment and obtaining new employment, the Seventh Circuit pointed out that the ADEA has been consistently interpreted by the “courts to prohibit employers from replacing higher paid employees with lower paid employees in order to save money.”

Having set for the legal framework for resolving the sole issue on appeal, the Seventh Circuit rejected the trial court’s ruling that employers can justify employment decisions based on the relatively higher costs of employing an older worker on an individual basis. The appellate court determined that regardless of whether the employer’s employment decision is motivated by a desire to save costs with respect to a group of employees or a single individual employee, the justification of replacing an older worker with a younger, lower paid employee to save money amounts to impermissible age discrimination under the ADEA. Thus, the court of appeals ruled that cost-cutting is not a legitimate, non-discriminatory reason under the ADEA for discharging older workers while retaining younger, lower paid employees. In accordance with its ruling, the Seventh Circuit reversed the trial court’s dismissal of Metz’s age discrimination claim and sent the case back to the trial court for a new trial.