Is The Failure to Investigate A Male Employee’s Sexual Harassment Complaint Sex Discrimination? 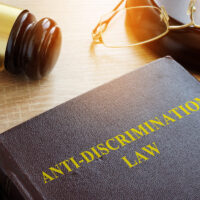 Complaint By Man Not Investigated

In that case, William Hasper (Hasper) brought a sex discrimination lawsuit against his former employer, Suffolk County (the County), pursuant to Title VII. Hasper claimed that the County discriminated against him on the basis of sex in violation of Title VII by refusing to investigate his sexual harassment complaint despite investigating the sexual harassment complaints of female employees.

Hasper was a Lieutenant in the Suffolk County Police Department (SCPD). In 2007, Hasper alleges that he made three separate complaints to his supervisors that a female police officer named Salerno had made several inappropriate sexual comments. The sexual harassment complaints, according to Hasper, were made by phone, in writing, and in person. Hasper’s complaints received no immediate response and no investigation. Hasper claims that he was informed by the Police Chief that Salerno would not be disciplined.

In April 2008, Salerno filed a sexual harassment complaint against Hasper. Hasper filed a written response to Salerno’s sexual harassment complaint. Hasper maintains that his response contained the names of several high-ranking officials and that an SCPD investigator asked him to change his report. Hasper refused to do so. Following an investigation, the SCPD determined that Salerno’s charges of sexual misconduct were unfounded and Hasper suffered no disciplinary consequences.

In December 2009, a female SCPD officer named Cosgrove retired and indicated in writing that she was leaving the SCPD because of Hasper’s sexual harassment. Hasper filed a written response to Cosgrove’s allegations and the SCPD investigated and eventually determined that that her complaint was unfounded. In early 2010, however, the SCPD began conducting surveillance of Hasper. On one occasion, the SCPD trailed Hasper to a message parlor. Hasper contended that he visited message parlors to receive treatment for a line-of-duty injury. In March 2010, Hasper was reassigned to a position in which, according to Hasper, he had no duties and no responsibilities.

The County filed a motion with the trial court seeking dismissal of Hasper’s sex discrimination claim. In doing so, the County argued that there was no evidence showing that Hasper was treated differently from women making allegations of sexual harassment. The trial court denied the County’s motion for dismissal and ruled the Hasper had presented sufficient evidence to show that he was treated differently from female employees who complained they were being sexually harassed and, thus, was entitled to proceed to a jury trial on his sex discrimination claim.

In denying the County’s motion for dismissal, the trial court observed that Hasper allegedly complained to his supervisors at the SCPD on at least three occasions about Salerno’s sexually charged remarks. However, the trial court pointed out, the SCPD “took no action and did not investigate his complaints.” Conversely, “when Salerno and Cosgrove complained that [Hasper] sexually harassed them, the SCPD did investigate their complaints.” By showing that the SCPD treated him differently from women who complained about sexual harassment, the trial court determined that Hasper had come forward with enough evidence to establish that the SCPD acted with discriminatory intent and discriminated against him on the basis of sex.

Based in Ocala, Florida and representing employees throughout Central Florida, our Marion County, Florida employee rights attorneys have been fighting for employment discrimination victims for more than two decades. If you have been subjected to unequal treatment in the workplace or have questions about your protection against sex discrimination under the federal anti-discrimination laws, please contact our office for a free consultation with our Ocala, Florida employee rights lawyers. Our labor law attorneys take employment law cases on a contingency fee basis. This means that there are no attorney’s fees incurred unless there is a recovery and our attorney’s fees come solely from the monetary award that you recover.