Is The Failure To Investigate Reasons For Firing An Employee Evidence Of Retaliatory Discharge? 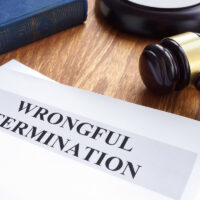 Having represented employees who have been wrongfully fired for almost two decades, our Marion County, Florida wrongful discharge attorneys know that employers frequently do not investigate the facts on which they base an employee’s termination. In many cases, employers never even interview the employee before pulling the trigger. Instead of getting the employee’s side of the story before making the termination decision, employers often simply adopt the version of events provided by a biased co-worker or supervisor. The decision by the U.S. Seventh Circuit Court of Appeals in Humphries v. CBOCS West, Inc., 474 F.3d 387 (7th Cir. 2007) demonstrates that an employer’s failure to conduct any investigation, including the failure to interview the discharged employee, can be used to prove a retaliatory termination.

According to Humphries, Cardin routinely made racially derogatory remarks in the workplace, such as stating all African-Americans are “drunk or high on drugs” and that “all Mexicans have a bunch of kids.” Humphries further alleged that other employees had told him that Cardin had stated that he was there “for the white people” and was “going to take care of the white people.”

Fired For Complaining About Race Discrimination

Lack Of Investigation Is Evidence Of Retaliation

The trial court dismissed Humphries’ retaliation claim. On appeal, the Seventh Circuit reversed the trial court’s decision and reinstated Humphries’ retaliation claim. In doing so, the appellate court focused on Cracker Barrel’s failure to conduct any investigation before firing Humphries. The court of appeals observed that “Christensen conducted no investigation into the veracity of Stinnett’s claim” before firing Humphries. Nor did Christensen “interview Humphries.” Instead, the appellate court explained, Christensen “simply credited Stinnett’s story.” Simply adopting Stinnett’s story, the court of appeals pointed out, was deeply flawed because Stinnett was the “very individual Humphries targeted in his final complaint of discrimination.” These circumstances, the Seventh Circuit concluded, “support a reasonable inference that Humphries was ‘set up’ by Stinnett (in tandem with Dowd and Christensen)” and that Humphries’ “purported bad act of leaving the safe open was a fabrication to justify his firing.”

Based in Ocala, Florida and representing employees throughout Central Florida, our Marion County, Florida wrongful discharge attorneys have been litigating employment law cases on behalf of employees for almost twenty years. If you have been wrongfully fired or have questions about your protection against retaliation under the federal anti-discrimination laws, please contact our office for a free consultation with our Marion County, Florida wrongful discharge lawyers. Our employment and labor law attorneys take wrongful discharge cases on a contingency fee basis. This means that there are no attorney’s fees incurred unless there is a recovery and our attorney’s fees come solely from the monetary award that you recover.