Is The More Favorable Treatment Of A Younger Replacement Evidence Of Age Discrimination Against The Discharged Older Employee? 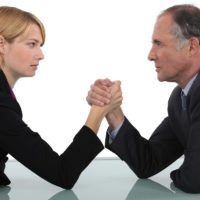 The Age Discrimination in Employment Act (ADEA) forbids employers from discriminating against employees on the basis of age. Having extensive experience representing employees who were discharged because of their age, our Marion County, Florida age discrimination lawyers have learned that evidence regarding the individual who replaced a discharged older employee is highly relevant in establishing a discriminatory discharge in violation of the ADEA.

Although employers acknowledge that the age of a replacement is relevant to a prima facie case of age discrimination, employers maintain that evidence showing that a replacement was treated more favorably than the discharged older employee is irrelevant to whether the older employee was fired on the basis of age. Indeed, employers almost always contend that events occurring after the employee claiming discrimination was fired are irrelevant in the employment discrimination context. The decision by the U.S. First Circuit Court of Appeals in Acevedo-Parrilla v. Novartis Ex-Lax, Inc., 696 F.3d 128 (1st Cir. 2012) is instructive in showing that an employer’s treatment of a substantially younger replacement is highly relevant in proving a discriminatory discharge claim under the ADEA.

In that case, Hernan Acevedo-Parrilla (Acevedo) claimed that his former employer, Novartis Ex-Lax, Inc. (Novartis), fired him on the basis of age in violation of the ADEA. Acevedo was employed by Novartis for 31 years. Acevedo held the position of Maintenance and Engineering Manager at the company’s plant in Puerto Rico. In this position, Acevedo was responsible for keeping the plant’s facilities in optimum condition. For most of his career at Novartis, Acevedo received positive performance reviews and performance bonuses.

Three years before his termination, Acevedo was placed under the management of a Site Leader named Ceinos. Acevedo produced evidence that Ceinos sought to replace the company’s older employees. For example, Ceinos asked a human resources employee to investigate the “inclinations of employees who had reached retirement age” to determine their plans regarding leaving the company. According to the human resources employee, the request was part of Ceinos’ plan to replace employees who were of retirement age. Moreover, after Ceinos became Site Leader, the company hired approximately 140 employees, 114 of whom were less than 40 years of age. In that same period, the company fired 17 employees, 15 of whom were older than 40.

Immediately after he became Site Leader, Ceinos also began subjecting Acevedo to disciplinary action for sanitation violations. The disciplinary actions eventually led to Acevedo’s termination for failing to maintain sanitary conditions in the plant. Novartis hired a 34-year old individual to replace Acevedo. Just as Acevedo had before her, the replacement reported directly to Ceinos. During her tenure as Maintenance and Engineering Manager, the replacement was responsible for similar sanitation violations that resulted in Acevedo’s termination, including “a string of incidents” in which animals, insects, and rats entered the plant. Unlike with Acevedo, Ceinos did not reprimand, discipline, or discharge the replacement for failure to maintain sanitary conditions.

Based in Ocala, Florida and representing employees throughout Central Florida, we have almost twenty years of experience representing employees who have been unlawfully discharged on the basis of age. If you have been the victim of age discrimination or have questions being treated differently than younger employees, please contact our office for a free consultation with our Marion County, Florida age discrimination attorneys. Our employee rights law firm takes age discrimination cases on a contingency fee basis. This means that there are no attorney’s fees incurred unless there is a recovery and our attorney’s fees come solely from the monetary award that you recover.