Is The Refusal To Give An Employee A Reason For A Discharge Evidence Of Discrimination? 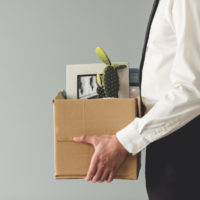 Employer Refuses To Give Reason For Discharge

Halfway through his probationary year, a dispute arose between Steele and his supervisors over his teaching methods and curriculum decisions. The supervisors expressed concerns that Steele strayed from the required syllabus and used an “unapproved concept” in teaching one of his subjects. Around the same time, the College was hit with budgetary cuts. As a result, the College decided that it would have to terminate three facility positions, and that it would choose them only from among its six probationary facility members, effective three months later at the end of the summer semester.

Steele claimed that the Dean of the College and other supervisors refused to tell him the reason for his termination. Steele later resigned on the eve of his termination date in order to avoid “getting a horrible black mark of being terminated from a government position.” Shortly after Steel’s termination, the College hired two new associate professors, both of whom were under the age of forty. The College also hired a third professor who was younger than Steele to take over the teaching of most of Steele’s courses.

Steele produced evidence that his first-line supervisor, Bolanos, who was directly involved in the termination process repeatedly made discriminatory age-based remarks directly to him. According to Steele, Bolanos told him that older employees are “stubborn,” “difficult to work with,” and “cantankerous.” Bolanos also allegedly “pointed to a particular older person as a case study in why it’s not good to have lots of older employees at [the College].” At the same time, Bolanos remarked that “young people are such a breath of fresh air,” “eager to please,” “work hard,” are “enthusiastic,” and are the “kind of young people who are making [the College] marvelous.” Bolanos also allegedly told Steele that the College had become “much better” because “all these younger people” were hired.

Why Hide Reason From The Employee?

In reversing the trial court, the D.C. Circuit focused on the College’s refusal to tell Steele why he had been terminated. Although the Department claimed in the litigation context that Steele was fired because of budget reductions which necessitated the termination of three faculty members, the College never explained why Steele “was one of those whose job was chosen for the chopping block.” In other words, the appellate court explained, “the College came forward with a legitimate, non-discriminatory reason for firing someone, but not for firing Steele rather than another probationary faculty member.” “In the absence of an individualized explanation for why or how Steele was chosen,” the court of appeals reasoned, “jurors could sensibly conclude that the College’s story comes up short.” “To jurors,” the appellate court observed, “the College’s proffered rationale could ring especially hollow when combined with the refusal of the Dean and other supervisors to tell Steele at the time of his termination why he had been targeted.” “If budget cuts made the College do it,” the court of appeals noted, “why hide that reason from Steele.?”

In reversing the trial court, the D.C. Circuit also focused on the alleged discriminatory age-based comments by Bolanos. Although the College tried to brush the remarks off as immaterial, the court of appeals found that the remarks were highly probative evidence of age discrimination against Steele because Bolanos was directly involved in the termination process. Bolanos’ statements disparaging older workers and favoring younger ones “gave voice to the very type of ‘arbitrary’ stereotypes and prejudices about older workers that Congress enacted the ADEA to halt.” “Had similar statements been made about workers based on their race and gender,” the appellate court reasoned, “the comments no doubt would have been treated as disturbing and powerful evidence of discrimination.” Thus, the court of appeals concluded, Bolanos’ “open hostility to older workers should have been recognized for what it is—direct evidence of illegal discrimination, not harmless ‘stray remarks.’”

Based in Ocala, Florida and representing employees throughout Central Florida, we have almost twenty years of experience representing employees who have been the victims of discrimination in the workplace. If you have been subjected to discrimination at work or have questions about your rights as an employee, please contact our office for a free consultation with our Marion County, Florida employment discrimination attorneys. Our employee rights law firm takes employment discrimination cases on a contingency fee basis. This means that there are no attorney’s fees incurred unless there is a recovery and our attorney’s fees come solely from the monetary award that you recover.