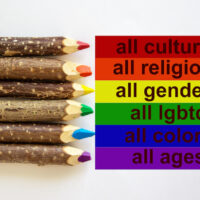 In October 2015, Webber submitted an application for employment with Telluride Express for a driver position. When he sought employment as a driver, Webber was seventy-nine years old and had more than five decades of commercial driving experience. Webber also had a valid medical certificate from the U.S. Department of Transportation and a clean driving record throughout the preceding three-year period. Based on this evidence, the EEOC contends that Webber possessed the requisite qualifications to be hired as a driver by Telluride Express.

The day after he applied for the driver position, Webber received a telephone call from the company’s Transportation Supervisor. During the telephone call, Webber was informed by the Transportation Supervisor that Telluride Express would not hire him for a driver position as the company’s commercial insurance policy would not cover him as driver because he was too old. In other words, Telluride Express told Webber that he would not be hired because of his age.

In a press release issued by the EEOC on June 30, 2021 regarding the case, a regional attorney for the EEOC’s Phoenix District Office, Mary Jo O’Neill, explained that “employers cannot be indifferent to any discriminatory features of policies that they choose to adopt from others.” “Employers are no less responsible for violating the ADEA,” Ms. O’Neill added, “simply because they acted on an insurance policy that they selected from a third party.” In commenting on the case, the Director of the EEOC’s Denver Field Office, Amy Burkholder, observed that “being under a certain age is not a qualification to drive a shuttle, bus, or taxi.” “Employers should ensure that they do not adopt insurance policies,” Ms. Burkholder added, “that rely on the kind of stereotypes that the ADEA was meant to combat.”