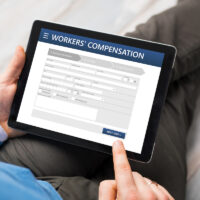 In a press release issued on November 6, 2020, the U.S. Equal Employment Opportunity Commission (EEOC) announced that it has entered into a Consent Decree settling a disability discrimination lawsuit against Aspire Health Partners, Inc. (Aspire). On September 1, 2020, the EEOC filed the case, U.S. Equal Employment Opportunity Commission v. Aspire Health Partners, Inc., Case No. 6:20-cv-1603, in the U.S. District Court for the Middle District of Florida. Before commencing the civil action, the EEOC initially endeavored to reach a pre-litigation settlement through its voluntary conciliation process. Unable to reach an acceptable settlement agreement through voluntary conciliation efforts, the EEOC elected to resolve the alleged discriminatory employment practices through litigation.

In the Consent Decree, which was signed by U.S. District Court Judge Wendy W. Berger on November 6, 2020, Aspire agreed to pay $115,000 to resolve the disability discrimination lawsuit. In this article, our Ocala, Florida lawyers for workers’ compensation retaliation victims explain the EEOC’s allegations of unlawful discriminatory employment practices against Aspire.

The EEOC claims that Aspire violated the ADA by failing to hire Tice because of her disability and through its use of a prior disability in a workers’ compensation claim as a qualification and/or selection criteria for hire. Stated another way, the EEOC maintains that Aspire failed to hire Tice because she has a record of an actual disability, or because Aspire regarded her as having a disability, based on Tice’s prior work-related injury and workers’ compensation claim against Aspire.

Aspire is a non-profit behavioral health care organization headquartered in Orlando, Florida. In 1993, Tice began working for Aspire. As part of her work at Aspire, Tice developed and launched the Village House Program. Under this program, volunteer “Village House hosts” open their home to serve as gathering places and safe houses for children within a neighborhood. Tice served as the Program Director for Aspire’s Village House Program and received awards for her work.

In 2012, Tice suffered a rotator cuff tear during the course of her employment with Aspire and filed a workers’ compensation claim. Notwithstanding the work-related injury, Tice continued working for Aspire. In February 2015, because a doctor restricted Tice from using her left arm due to her 2012 work-related injury, Tice began medical leave. Tice underwent shoulder surgery to repair the partial rotator cuff tear in July 2015. In September 2015, while she was recovering from surgery, Aspire discharged Tice because she exhausted her medical leave. Tice’s discharge letter stated: “In the future, if you qualify to meet the physical requirements for a job vacancy at Aspire, feel free to apply since you are eligible for rehire.” In October 2015, Tice’s doctor cleared her to work without any physical restrictions.

Failure To Hire Because Of Work-Related Injury

In August 2018, Tice learned that there was an opening for a position as prevention specialist at Aspire’s Village House Program. Tice contacted the Program Manager of the Village House Program and indicated that she would be interested in filling that role. The Program Manager scheduled an interview for Tice for August 15, 2018. The day before her interview, because he was aware that Tice had made a prior workers’ compensation claim against Aspire, the Program Manager contacted Aspire’s human resources department to verify that Tice was eligible for rehire. A human resources representative then looked through Tice’s workers’ compensation claims records, saw that Tice was previously deemed disabled in 2015, and reported to the Program Manager on August 15, 2018, a few hours before Tice’s scheduled interview, that Tice’s “rehire status remains no.”

Tice then contacted Aspire’s Chief Operating Officer to find out why the company said she was ineligible for rehire when her termination letter stated the opposite. The Chief Operating Officer promised to look into the issue, but never contacted Tice. Because of the medical records in her prior workers’ compensation case, according to the EEOC, Aspire never interviewed and did not hire Tice for the prevention specialist position. The EEOC further claims that the person selected for the prevention specialist position did not, unlike Tice, have a prior workers’ compensation claim with Aspire.

The EEOC is the administrative agency of the United States responsible for interpreting and enforcing federal labor laws which make discrimination, harassment, and retaliation unlawful employment practices. As part of its efforts to enforce employee rights under the federal labor laws, the EEOC files lawsuits on behalf of job applicants and employees who have been subjected to unlawful employment practices. In a press release issued by the EEOC on November 6, 2020 regarding the case, a Regional Attorney for the EEOC’s Miami District Office, Robert W. Weisburg, stated that the “EEOC commends Aspire for quickly reaching a resolution that compensates the harmed employee and provides for policy changes designed to protect future job applicants from disability discrimination.”