Can An Employer Rescind A Job Offer When An Applicant Does Not Inform The Company She Was Pregnant? 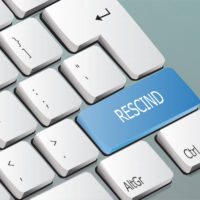 In a press release issued on August 8, 2019, the EEOC announced that it has entered into a Consent Decree to settle a pregnancy discrimination lawsuit filed by the EEOC against Matrix Medical Network, LLC (Matrix). In the Consent Decree, Matrix agreed to pay $150,000 to settle the pregnancy discrimination case. On September 21, 2018, the EEOC filed the lawsuit, EEOC v. Community Care Health Network, Inc., d/b/a Matrix Medical Network, LLC, Case No. 1:18-cv-1609, in the U.S. District Court for the District of Arizona after initially attempting to reach a pre-litigation settlement through its statutorily mandated conciliation process. The EEOC brought the pregnancy discrimination lawsuit on behalf of Patricia Pogue (Pogue). The EEOC claims that Matrix violated the PDA by withdrawing a job offer made to Pogue because she was pregnant.

After the second round of in-person interviews, Matrix offered the position to Pogue on November 10, 2015 over the telephone and via email. On November 10, 2015, after receiving the job offer, Pogue called Matrix back and informed Matrix that she was pregnant and that her due date was in February 2016. Pogue accepted the offer in writing on November 11, 2015. On November 18, 2015, Matrix emailed Pogue seeking her availability for a conference call. That same day, Pogue spoke with the Chief Human Capital Officer and Vice President of Credentialing by telephone. The Chief Human Capital Officer told Pogue that she was concerned that Pogue did not disclose her pregnancy during the job interviews. The Chief Human Capital Officer claimed that Pogue misled Matrix during the job interviews by failing to disclose her pregnancy. On November 19, 2015, Matrix informed Pogue that it was rescinding the job offer.

The EEOC is the administrative agency of the United States responsible for interpreting and enforcing federal laws prohibiting employment discrimination. In enforcing the federal anti-discrimination laws, the EEOC is also authorized by federal law to bring lawsuits on behalf of victims of employment discrimination. In a press release issued by the EEOC regarding the case, a Regional Attorney for the EEOC’s Phoenix District Office, Mary Jo O’Neill, stated that “[p]regnancy discrimination remains a major barrier for women in the workplace.” “More than 40 years after the passage of the Pregnancy Discrimination Act,” Ms. O’Neill added, “employers still choose not to hire pregnant applicants or to fire employees after learning they are pregnant.”