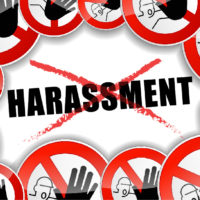 Under the Florida Civil Rights Act (“FCRA”) and Title VII of the Civil Rights Act of 1964 (“Title VII”), an individual is protected against discrimination with respect to his or her compensation, terms, conditions, or privileges of employment on the basis of national origin. Because the term “national origin” is not defined in the FCRA or Title VII, uncertainty may sometimes exist as to what constitutes an individual’s national origin for purposes of discrimination protection. In Espinoza v. Farah Manufacturing Company, Inc., 414 U.S. 86 (1973), the U.S. Supreme Court defined the term “national origin” as the country where a person was born, or, more broadly, the country from which his or her ancestors came.

On January 19, 2016, the EEOC and Rhino entered into a Consent Decree which settled the lawsuit. In the Consent Decree, Rhino agreed to pay Jagodzinski $62,500 to resolve the case. Rhino also agreed to provide training to all of its management and human resources personnel on federal law prohibitions against discrimination, harassment, and retaliation. Rhino was also required to provide the EEOC with written notification of all complaints and investigations of alleged national origin discrimination or retaliation, including a description of any action taken by Rhino in response to such complaints or investigations.