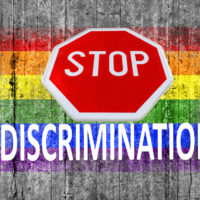 A bill that would have provided protection against workplace discrimination for gay, lesbian, transgender, or bisexual employees failed to receive the necessary support from the Florida State Senate and is no longer under consideration.

The bill, titled the Florida Competitive Workforce act, would have provided protection from discrimination not just in the workplace, but also in the areas of housing and public accommodations. The issue which appeared to present the greatest obstacle to passage was the use of public restrooms and locker rooms. The bill would have allowed transgender individuals to use gendered public accommodations, including bathrooms and gym locker rooms, that align with the gender with which they identify, even if they were the opposite gender at birth, biologically. Many members of the Senate asked probing questions about these issues, and certain lawmakers expressed concern that the law would allow male sexual predators access to vulnerable women.

The bill had received widespread support from Florida business organizations, including many chamber of commerce groups, small businesses, and large corporations that saw the value in attracting LGBT employees by assuring them that they could not be fired for their sexual orientation or gender identity. Supporting lawmakers sought to homogenize Florida’s laws on LGBT discrimination, which currently run the gamut from little to no protection, to the explicit barring of disparate treatment. Currently, experts estimate that approximately 55% of all Florida residents are protected by LGBT anti-discrimination laws. Many of these laws exist at a municipal level, meaning that an LGBT employee might be protected from discriminatory treatment if they lived in one part of the state, but could be fired for being gay if they moved to another town. Nationwide, over 20 states have so far enacted LGBT anti-discrimination laws.

If you have been the target of discriminatory treatment in the workplace in Florida, contact the determined and trial-ready Ocala wrongful termination attorneys at James P. Tarquin, P.A. for a confidential consultation on your possible race or gender discrimination lawsuit, at 352-401-7671.