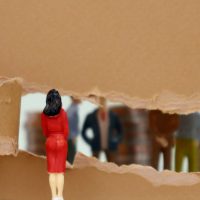 For more than two decades, our Homosassa, Florida racial discrimination attorneys have represented Florida employees who have been subjected to discrimination in a wide variety of forms. Through our experience, we’ve learned that progress does not happen all at once, and even small steps can signal bigger changes on the horizon. For every new way employers find to covertly exercise discrimination and harassment in the workplace, civil rights and equality advocates will continue to fight back and move the country toward a more equitable environment.

Many workplaces and schools across the country have adopted policies that claim to simply set facially-neutral rules concerning uniform standards. When those standards, however, exclude natural hairstyles for people of color, or mandate hairstyles that are difficult, expensive, and even painful for people of color to maintain, those policies are discriminatory. Many policies prohibit afros, cornrows, and other natural hairstyles and instead permit only “white” styles of hair.

Proving that those policies are discriminatory in the courts can be challenging. It’s much more straightforward for legislators to protect children and employees by adopting anti-discrimination rules concerning those types of policies. Miami Beach has done just that.

On October 26, 2022, the city of Miami Beach announced a new ordinance banning race-based hair discrimination in housing, employment, public services, funding, or use of city facilities. The ordinance, unanimously adopted by the Miami Beach City Commission, prohibits discriminatory practices based on the texture or style of a person’s hair. The ordinance applies to hairstyles or textures that are commonly associated with a particular race or national origin, such as black communities.

Florida’s CROWN Act to Resurface Next Session; Other States and Fed Make Progress

We previously discussed Florida’s statewide attempt at banning race-based hair discrimination. A bill entitled the CROWN Act (Creating a Respectful and Open World for Natural Hair) has been introduced into the state legislature multiple times but has never gained traction. Most recently, the bill died in the community affairs committee. The CROWN Act’s sponsors, however, vowed to re-introduce the bill into the 2023 legislative session.

Eighteen states have now enacted their own CROWN Acts, starting with California in January 2019. In March 2022, the U.S. House of Representatives passed a federal version of the CROWN Act. The Senate has yet to take action. The shifting tides overall give strong hope that the principles of the CROWN Act will eventually take hold across the country.