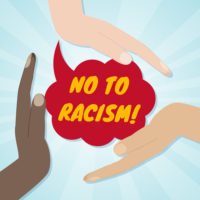 The newest claim against the North Miami Police Department was filed by Sgt. Patrick McNally. McNally claims in his lawsuit that he was “passed over for a promotion to commander, for which he was qualified, in favor of three (Haitian, Hispanic, and African-American) sergeants.” He argues that the former chief, a Haitian-American man named Gary Eugene, deliberately passed over qualified white candidates for promotions in favor of Haitian officers. Namely, McNally claims that the former chief “engaged in a cluster of race-based promotional decisions” including by “promoting Sergeants Emile Hollant, a Haitian; Rafael Estrugo, a Hispanic; and Angelo Brinson, an African-American, over McNally.” The lawsuit goes on, “Mr. McNally’s race (white) was a substantial, motivating cause of former Chief Eugene’s passing over McNally for promotion to commander of police in favor of Messrs. Hollant, Estrugo, and Brinson.”

McNally’s case seems to have some evidentiary support in the form of Eugene’s own public statements. The former chief of police told the press when he got the job that he wanted the police department to become more diverse in an effort to “mirror” the largely-Haitian and black community, a statement that McNally points to as evidence that Eugene acted discriminatorily towards white members of the police force. Eugene has also stated that he has made promotions that were “not based on merit.” According to McNally’s suit, Eugene admitted privately to other employees that the promotions were “not based on performance.” Eugene was later forced to resign when his statements regarding an officer shooting were contradictory.