Must A Victim’s Complaint Use The Words “Sexual Harassment” To Be Protected Against Retaliation? 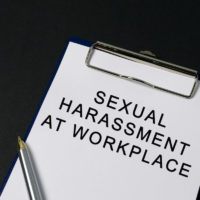 In that case, Katrina Okoli (Okoli) brought a retaliation claim against her former employer, the City of Baltimore (the City) pursuant to Title VII. Okoli alleged that the City violated Title VII by firing her in retaliation for complaining about sexual harassment. Okoli worked for the City as an executive assistant to a man named Stewart. Stewart was Okoli’s immediate supervisor and served in the Mayor’s cabinet.

Shortly after her employment began, Stewart began subjecting Okoli to a pattern of unwanted sexually harassing behavior. Stewart’s sexual behavior towards Okoli included forcibly kissing her, fondling her leg, sexually propositioning her, asking her sexually explicit questions, and describing sexual activities he wished to perform. Throughout the time period of the harassment, Okoli stressed to Stewart that she only wanted to have a professional relationship.

Because the harassment continued despite her spurning Stewart’s advances, Okoli began reaching out for help. Okoli first emailed a management-level employee, Gillard, asking to speak with him about a “complaint.” Gillard never responded. Two months later, Okoli emailed Gillard with a “high” importance flag, stating her desire to “file a harassment complaint against my supervisor, [ ] Stewart.” Gillard suggested that she speak with an intake specialist. One week later, Okoli sent a formal complaint to the Mayor stating that Steward “displayed unethical and unprofessional behavior, e.g., harassment, degrading and dehumanizing, yelling and demanding, disrespect, mocking and gossiping about other colleagues.” The email was promptly forwarded to Stewart who then fired Okoli later that afternoon.

Do Not Have To Mention Sexual Harassment