Must An Employer Take Remedial Action To Prevent Recurrence Of Racial Harassment? 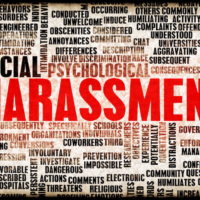 In Meritor Sav. Bank, FSB v. Vinson, 477 U.S. 67 (1986), the U.S. Supreme Court held that Title VII of the Civil Rights Act of 1964 (Title VII) “affords employees the right to work in an environment free from discriminatory intimidation, ridicule, and insult.” In applying this principle, courts have consistently held that Title VII prohibits racial harassment that creates a hostile work environment. For racial harassment to be actionable under Title VII, it must be sufficiently severe or pervasive to alter the conditions of the victim’s employment and create an abusive working environment.

Under Title VII, notice of racially harassing conduct in the workplace triggers an employer’s obligation to take prompt and effective remedial action. The remedial action must be reasonably calculated to prevent the racial harassment from recurring. As explained by the Ninth Circuit Court of Appeals in Nichols v. Azteca Restaurant Enterprises, Inc., 256 F.3d 864 (9th Cir. 2001), “when an employer undertakes no remedy, or where the remedy does not end the current harassment and deter future harassment, liability attaches for both the past harassment and any future harassment.” In other words, as determined by the U.S. District Court for Nevada in Switzer v. Rivera, 174 F.Supp.2d 1097 (D. Nev. 2001), “the employer’s liability will not be discharged if the remedy is ineffective in ending the current harassment and deterring future harassment—by the same offender or others.”

Having represented victims of racial harassment in the workplace for almost twenty years, our Citrus County, Florida race discrimination attorneys have learned that employers often fail to take corrective action after learning of racially harassing conduct. In undertaking no remedy, or taking inadequate action to prevent the recurrence of the harassment, employers embolden the harasser to continue the harassment. The decision by the U.S. Eighth Circuit Court of Appeals in Fuller v. Fiber Glass Systems, LP, 618 F.3d 858 (8th Cir. 2010) is instructive in showing that once an employer is aware of racial harassment in the workplace, it can be held liable for the racial hostile work environment harassment unless it takes prompt remedial action to end the harassment.

In that case, Carol Fuller (Fuller) brought a claim for racial hostile work environment harassment pursuant to Title VII against her former employer, Fiber Glass Systems, L.P. (Fiber Glass). During her employment with Fiber Glass, Fuller was transferred to a temporary position in the corporate office. Fuller was the first African-American to work in the corporate office in almost ten years.

While working at the corporate office, Fuller claimed that she was racially harassed by a supervisor named Smith, who is a white male, and a co-employee named Holmes, who is a white female. Fuller testified that on her first day at work, Holmes told her that “she had attended a predominately all-black school in Memphis and that she didn’t like blacks, but she said if I didn’t cause her any stress or tension, she would try to tolerate me.” Holmes maintained an abusive attitude towards Fuller, telling her “we really don’t need you,” the job was too hard for her, and Fuller really didn’t want it. On many mornings, Holmes asked Fuller “why did you come back?” Although a person in Fuller’s position generally did not answer the phone, Holmes told Fuller not to speak with customers on the phone because they were not used to hearing a “black or ethnic voice.”

During her first week at the corporate office, Fuller complained to Smith about Holmes’ conduct towards her. A few days later, Holmes confronted Fuller, saying that Smith had contacted her at home and told her that Fuller was complaining. Holmes told Fuller that if she wanted to keep her job, she needed to accept what goes on in the office and keep her mouth shut. After she complained to Smith, Fuller alleged that she was excluded from office functions. Fuller further alleged that two months after her complaint, Smith stood behind her as she worked and made “monkey or gorilla gestures” while Holmes laughed.

Employee Told To Ignore The Abuse

Shortly after this incident, Fuller complained to her former supervisor, Marsenburg, about how she was being treated. Marsenburg told her to hang in there, ignore the abuse, and hopefully things would get better. Later that month, Fuller walked off the job. Fuller then met with the plant manager and complained about the racial abuse she was enduring. The plant manager gave Fuller a one-week leave of absence from work.

A week after her return to work, the plant manager asked Fuller not to file a complaint about the harassment. Instead, the plant manager asked Fuller to let him handle the matter by recommending training for Holmes and Smith. Fuller, however, did file a complaint. After investigating Fuller’s allegations and determining the allegations could not be corroborated, Fiber Glass nonetheless fired Holmes because “she did not treat Ms. Fuller as we would want our employees treated.”

After the jury returned a verdict in favor of Fuller on her racial hostile work environment claim, Fiber Glass filed an appeal with the Eighth Circuit. On appeal, Fiber Glass argued that it could not be held liable for any racially harassing behavior because it took corrective action after learning of the harassment as established its investigation of Fuller’s complaint and termination of Holmes. The Eighth Circuit rejected Fiber Glass’ argument and upheld the jury’s verdict.

Based in Ocala, Florida and representing employees throughout Central Florida, we have extensive experience litigating hostile work environment harassment cases, including racial harassment cases. If you have been the victim of an abusive work environment or have questions about being subjected to racially derogatory language in the workplace, please contact our office for a free consultation with our Citrus County, Florida race discrimination lawyers. Our employee rights law firm takes race discrimination cases on a contingency fee basis. This means that there are no attorney’s fees incurred unless there is a recovery and our attorney’s fees come solely from the monetary award that you recover.